The Reformation Begins? by Eric Peters

Let’s hope the new year brings a big bunch of civil disobedience, especially to the coronavirus commissars’ edicts. From Eric Peters at ericpetersautos.com: 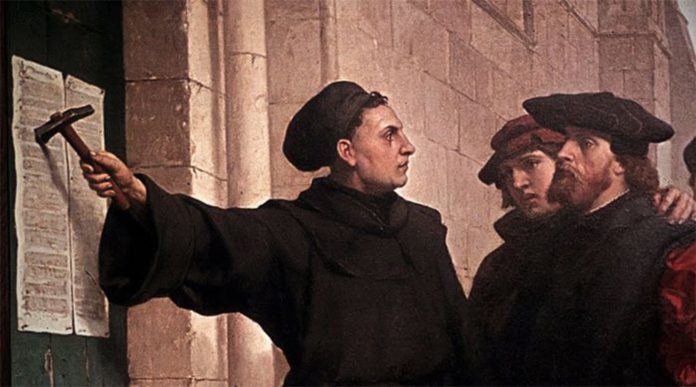 It took a few hundred years for the volk to tire sufficiently of the corruption of the Catholic Church – political popes and cash-for-indulgences (i.e., hand over some money and all your sins are forgiven).

A latter-day Reformation may be under way.

It’s not yet widespread, but palpable signs of not-gonna-take-it-anymore are cropping up almost as quickly as the corporate media can memory hole the incidents. The Twitter clip of a woman refusing to genuflect before the wearers of the Holy Rag has been viewed by millions with a disproportionate majority commenting favorably.

The clip of the desperate restaurant owner in CA, who used his truck to prevent a Gesundheitsleiter from leaving after he handed out fines to the owner for the crime of trying to earn an honest living.