Fauci Says Mandatory COVID Vaccines Are “On The Table”, Especially For Travel, School, by Tyler Durden

They tell you what they’re going to do. People say, “They wouldn’t do that, would they?” They do it. If Fauci’s talking about mandatory vaccines, take him at his word. From Tyler Durden at zerohedge.com:

Anthony Fauci is being broadly slammed after admitting to the New York Times that he publicly lowballed his estimate of the Covid-19 herd immunity threshold, but, as Holman Jenkins writes in WSJ, it’s ludicrously late in the day to discover that “messaging” has been going on.

Official lying about things large and small has been a staple of COVID politics: the letters to college students threatening them with arrest if they don’t quarantine, the interstate travel “bans” that were never enforced, the death counts that swept up anybody who died of any cause while infected with COVID.

Only lately has this reality snuck into public rhetoric as leaders in New York, Massachusetts and elsewhere started admitting that their moves are more about “signaling” than any practical effect. 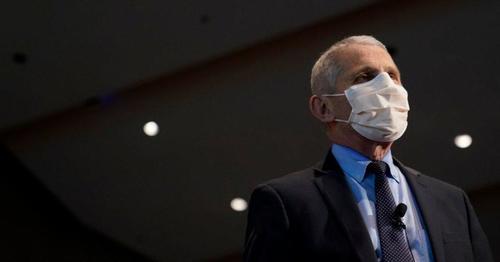 And now, as The Western Journal’s Kipp Jones reports, Fauci is perhaps up to his “signaling” best once again, saying in an interview that the COVID-19 vaccines becoming mandatory in some cases is “on the table” with regard to international travel, or even in some localities to allow a return to in-person learning at schools.