Fair is Foul and Foul is Fair: Hover Through the Fog and Filthy Air, by Doug “Uncola” Lynn

What new deviltry do the totalitarians have in store for us? From Doug “Uncola” Lynn at theburningplatform.com: 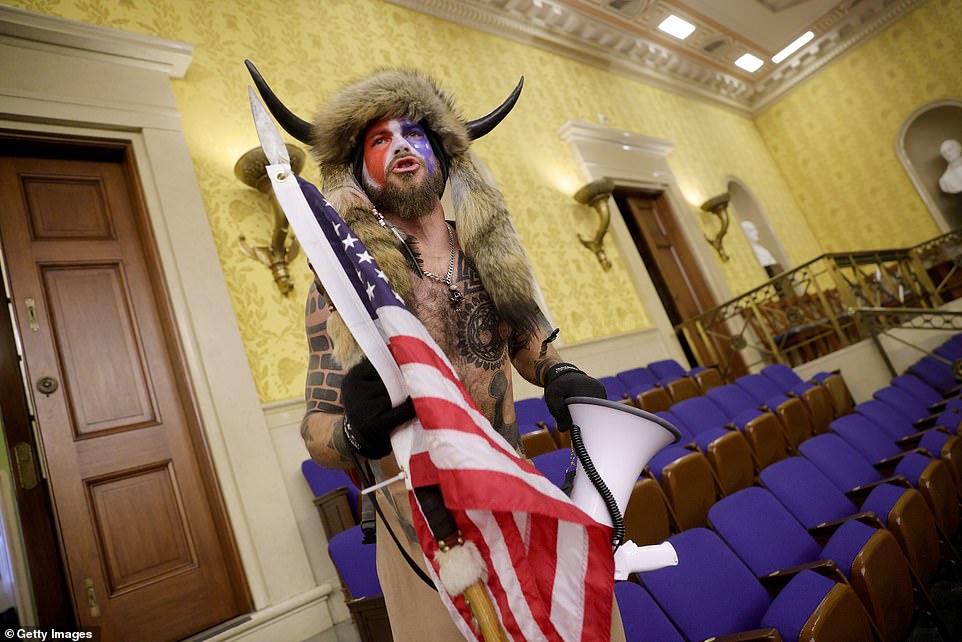 The title of this piece was recited by The Three Witches in Shakespeare’s “Macbeth” and the photo symbolizes America’s recent history and the desired destiny for a large percentage of the nation’s voters:  An arrogant political leftist infiltrator, while donning the horns of Baphomet, holding a bullhorn in his left hand and an American flag subdued under his right fist.  It is the vision of Janus in transition, the two-faced god simultaneously seeing forward and backward; future and past.

Over the past two years, I have written multiple articles regarding episodes playing out on the national stage; and nearly every piece expressed my unease at the “movie-of-the-week”, or “reality television” vibe that accompanied those media narratives.  The episodes seemed so scripted…. so perfectly… contrived.

The recent “Stop the Steal” rally in Washington D.C. unwound in a similar, seemingly scripted, fashion.  Just like the election fraud that took place months earlier that was predicted by both President Trump and Vice President Pence many months before November 3, 2020, so was the potential for violence, and ANTIFA infiltration, predicted by AM radio hosts and other political commenters prior to the rally on January 6, 2021.