“Where Am I Here?” by James Howard Kunstler 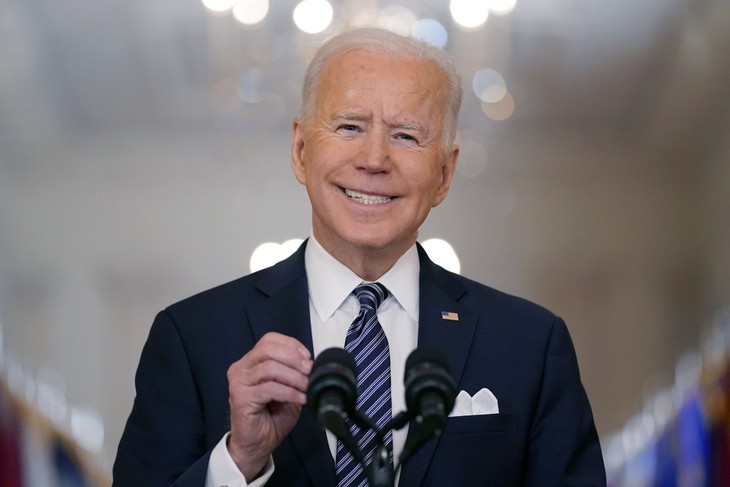 Biden’s style — specifically how he communicates with the American people — is also a page from the FDR playbook. Two months into his presidency, he has been surprisingly disciplined and economical with his words and appearances. The verbal gaffes that dogged him throughout his long career in Washington are nowhere to be seen.”
— Paul Brandus, Opinion columnist, USA Today

I don’t know about you, but I was thrilled to hear Joe Biden tell America — with a faraway gleam in those ol’ blue Konstantin Chernenko eyes — that he’s expecting to run for a second term. The prospect must engross him, so effervescent was his campaign of 2020! Like all presidents, he’s learning on-the-job, but he’s already lapping Franklin Roosevelt in the hundred-day dash of executive action, showing those wicked CCP envoys who’s boss (why, they are, of course), and turning the depraved white supremacist state of Texas into a vibrant Honduras del Norte. As Mr. Biden would say, anyway… I’ve gone on too long about that….

Meanwhile, from offstage you could hear the crunch of his handlers chewing their Xanax, knowing that the game was a brain-fart away from disaster. Well, he only wandered away from the podium one time, and he dutifully followed the script. In fact, the script was right there in his hand the entire white-knuckle hour of this debut press conference, and he often appeared to be reading straight off the page. I’m sure he was making a funny when he said he came to the Senate 120 years ago. (Remember the battle over Wm. H Taft’s nomination to be Territorial Governor of the Philippines?  And how, in the hearings, then-freshman Senator Ol’ Joe B produced three New Haven doxies who testified about Taft’s “abnormal appetites” during the nominee’s years at Yale?)