Highways are Racist, by Eric Peters

Highways are racist, but confining poorer people to their poor neighborhoods is perfectly acceptable. From Eric Peters at ericpetersautos.com: 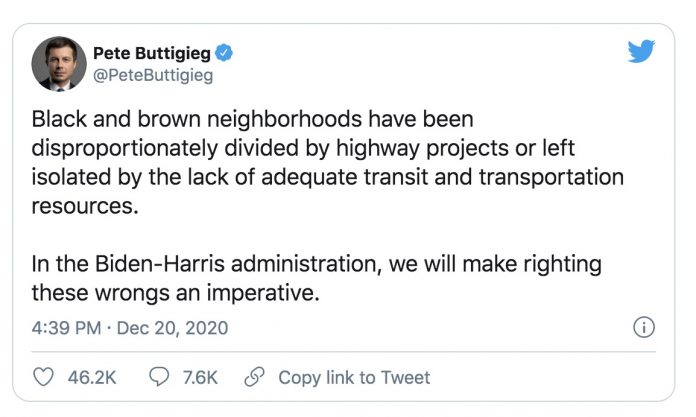 Now highways are racist – and must be cancelled.

So saith the new Oberbefehlshaber der Transport – Pete Buttigieg. Whose bona fides to hold this office are purely political. Hiring him for this gig is like hiring Fauci to play lead guitar for Van Halen.

“Black and brown neighborhoods have been disproportionately divided by highway projects or left isolated by the lack of adequate transit and transportation resources.”

How does it “isolate” anyone – black or brown or whatever their shade – when it is easy to get anywhere, as the godfather of soul, James Brown, once sang about, back when America was still sane? Just slide behind the wheel, how does it feel?

Thanks to the Interstate Highway System, which made Americans individually mobile. That’s what James Brown’s anthem is all about – and it’s what people like Buttigieg want Americans to forget all about. 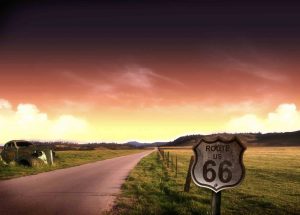 Prior to its existence, there was Route 66 – which in many places was a meandering two-lane that went directly through downtowns.

It was scenic – a TV show was made about it – but it was far from easy to get anywhere. It wasn’t an arterial system, like the Interstate system. It went from the midwest to LA and if you wanted to get anywhere else, you took side roads and that took a long time.