Robert Prechter argues that as social mood wanes from bullish to bearish, yesterday’s heroes become today’s goats. The dramatic shift in the public perception of Bill Gates may be a harbinger of just such a mood shift. From Tyler Durden at zerohedge.com:

For millions of Americans, the outpouring of negative stories about Bill Gates – allegations of an improper adulterous relationship with a Microsoft employee, his stubborn insistence on standing by Jeffrey Epstein, Melinda Gates’ years-long plotting to divorce him – may have taken them by surprise. Thanks to an extensive propaganda operation overseen by Gates via the Bill and Melinda Gates Foundation, most media coverage of Gates has been overwhelmingly positive – until now.

This belies the reality that criticism of Gates has been growing since before the start of the pandemic – although his emergence as the de facto global vaccine czar sparked conspiracy theories, Gates’ media manipulation machine successfully shifted the narrative to paint all his critics as unhinged conspiracy theorists, drowning out criticisms of Gates’ success in undermining the “open vaccine” movement, something that has been revitalized by President Biden’s decision to back a proposal at the WTO to waive IP protections for COVID vaccines. 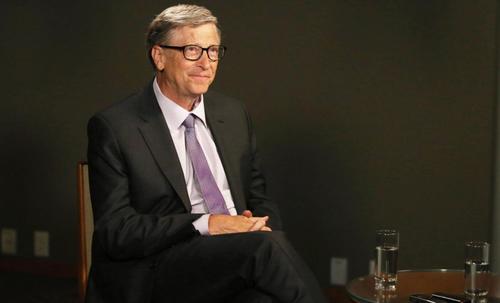 In the span of about two weeks, the public goodwill that Gates long enjoyed has mostly evaporated. But as Bloomberg reminds us in a lengthy feature about Gates’ sudden loss of public support, Gates wasn’t always so revered. In the early days, before he the propaganda machine, Gates was seen as a “ruthless nerd-turned-tycoon”.