The World Economic Forum (WEF), a.k.a. the Davos Gang, held its 2022 schmoozefest in that tidy Swiss alpine village last week, after a nearly three-year hiatus on account of the coronavirus pandemic they generously arranged for the rest of us. These are the self-defined leaders of the Great Re-set — Klaus Schwab, Bill Gates, and Klaus’s scaly majordomo, Dr. Yuval Noah Harari, the inverse reincarnation of Adolf Eichmann, famous for declaring that “humans are hackable animals.” Did he mean, like, with a meat cleaver?

Who do these schnitzel-scarfing, Krug-guzzling punks think they are? Or, to paraphrase the immortal words of one Pete Hogwallop, who elected them boss of this outfit?

Nobody, that’s who, on this whole, wide, ever-turning world, which they literally aim to take over. Actually, from the way they talk, it already looks like they’ve hijacked the sucker and us “worthless” and “useless” humans on it, as Dr. Harari has labeled the multitudes riding the planet in economy class. Kind of looks like we’re in for a rough landing.

People are finally challenging the unqualified psychopath who has anointed himself the world’s health czar. From Dr. Joseph Mercola at lewrockwell.com:

In “The Corbett Report” above,1 independent journalist James Corbett reviews the contents of Bill Gates’ book, “How to Prevent the Next Pandemic.”

“It’s every bit as infuriating, nauseating, ridiculous, laughable and risible as you would expect,” he says. “This is a ridiculous book … There’s certainly nothing of medical or scientific value in here … It’s a baffling book even from a propagandistic perspective …

Gates’ goal in writing the book is to disarm the public and prepare us to accept the agenda that Gates and his allies would like to impose on the world. Ultimately, what this is about is drumming up general public support — or at least general public understanding — of the unfolding biosecurity agenda.”

“Imagine yourself sidled up to a bar. A talkative guy sits down on the stool next to you. He has decided that there is one thing wrong with the world. It can be literally anything. Regardless, he has the solution.

It’s interesting and weird for a few minutes. But you gradually come to realize that he is actually crazy. His main point is wrong and so his solutions are wrong too. But the drinks are good, and he is buying. So you put up with it. In any case, you will forget the whole thing in the morning.

In the morning, however, you realize that he is one of the world’s richest men and he is pulling the strings of many of the world’s most powerful people. Now you are alarmed. In a nutshell, that’s what it’s like to read Bill Gates’s new book ‘How to Prevent the Next Pandemic.’”

Bill Gates: The Psychopath As Philanthropist, by Emerald Robinson

Bill Gates wants to tell the whole world what do via his penetration into the bowels of the medical industry. If that’s not psychopathic what is? From Emerald Robinson at emeralddb3.substack:

The Microsoft founder wants to own your DNA but, don’t worry, it’s for your own good!

There’s a joke being told in my house this week: Jeffrey Epstein’s best friend, a little-known and slightly autistic high school dropout named Bill Gates has a new book out this month. Perhaps you’ve heard of him?

Unfortunately, of course, we have all heard of him.

From Borneo to Boston, the entire world is only too familiar with the man who wants to inject you into the future. Bill Gates is the front man — the public face — of Big Pharma’s global COVID tyranny. Lockdowns? He loves them! Booster shots forever? He thinks it’s a smart idea! Germ warfare simulations? Sign him up! There’s no dystopian technological overreach that Gates won’t enthusiastically endorse. He would have already harvested your DNA and stuck it in a Shenzhen genome sequencing machine — if not for the pesky issue of, you know, human rights.

The usual suspects have long been planning for a decade of pandemics. From Dr. Joseph Mercola at theburningplatform.com:

Why Won’t They Admit Failure? By Jeffrey A. Tucker

At this point, admitting all the failure of the government the last few years might well spark a revolution. From Jeffrey A. Tucker at brownstone.org:

It seems strange that one of the world’s richest men would feel the need for a book tour to boost sales. But that is what Bill Gates is doing, granting a series of interviews with deferential journalists.

The thesis of his book and his interviews is that we should have locked down harder, sooner, and more precisely. Plus the vaccines need to be better next time.

But make no mistake: in his view, there is no overall failure in the whole theory of pandemic control they deployed two years ago. That is sound. To be sure, mistakes were made but we can only learn from them, which is why public health agencies need more resources, more intelligence, more power, more deference.

In this interview, Bill grants that he did not know the demographics of risk of the pathogen, even though the whole world knew in late January.

After pushing covid lockdowns, @BillGates admits that he and his foundation experts "didn't understand that it's a fairly low fatality rate and that it's a disease mainly of the elderly"; basic facts known in early 2020. He should stay away from public health. https://t.co/ODun4PlqWF

And in this interview, he grants that there was no chance for eradication of covid, and also that “young people don’t sick very often,” which makes one wonder about the reasons for the extended lockdowns, from which the poor suffered most. He has regrets but hey, who doesn’t?

We Must Find a Way to Prevent Bill Gates from Preventing the Next Pandemic, by eugyppius

With Bill Gates, there’s a lot less than meets the eye. Eugyppius has actually read his latest book. From eugyppius at eugyppius.com:

For days now, I’ve been fighting my way through Bill Gates’s disturbing new book on How to Prevent the Next Pandemic, and I’ve found myself wondering about one question above all:

How are we to explain Gates, exactly?

I know that for many of you he is a calculating conspiratorial goon. Pretend for a moment that he’s not, though. Imagine, for the sake of argument, that he’s every inch the obtuse, naive and self-important former software developer that he seems to be. How did he get this way, what does he even think he is doing, and what can it mean?

Remember that this man has billions of dollars. A whole world of unusual vices stands open to him: He could hire a mercenary army to invade some country and proclaim himself god-emperor for life. He could retire to a tropical island with his favourite mind-altering substances and a harem of nubile young women. He could do both at once, and other things besides. Instead, he has chosen the path of moral vanity, perhaps the least interesting vice of all, founding a ponderous grantmaking foundation and pooping around the globe in manboobs and ill-fitting polo shirts, pronouncing to all and sundry on subjects he hardly understands. 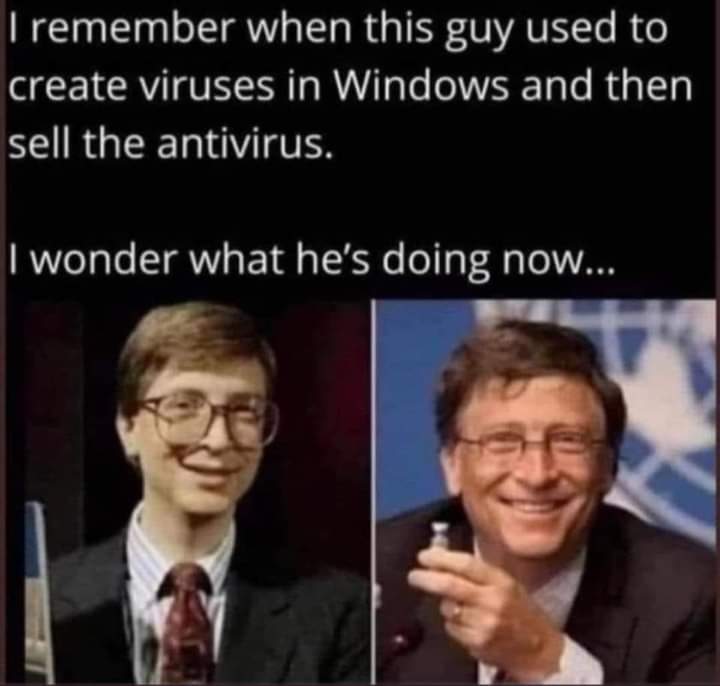 Gates and Fauci have a stranglehold on what gets funded and what doesn’t. From Dr. Joseph Mercola at lifesitenews.com: 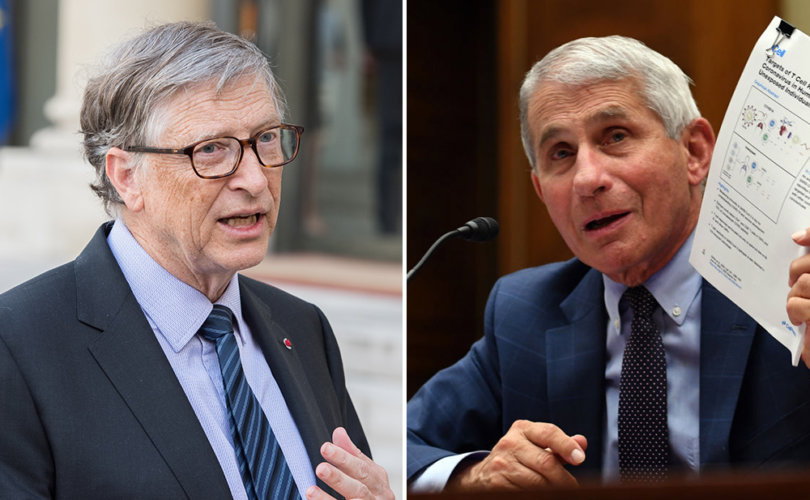 (Mercola) – Bill Gates and Anthony Fauci have become household names in the U.S., their largely sterling reputations protected by a heavily biased press. Less known is the deep partnership between the two — the culmination of which has created a formidable public-private partnership that wields incredible power over the American public, along with global health and food policies.

Doug Casey doesn’t have much good to say about philanthropists or philanthropy. From Casey at internationalman.com: 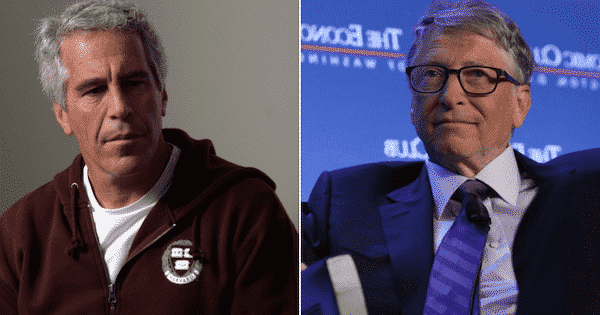 International Man: Let’s start by defining our terms. The Merriam-Webster Dictionary defines philanthropist as “one who makes an active effort to promote human welfare.”

What do you make of this concept?

Doug Casey: Who can possibly be against philanthropy based on that definition?

The problem is that most philanthropists don’t actually care so much about their fellow man. They care about building their own reputation—their so-called legacy—and seeming like a good guy. They give money to organizations that, in turn, are supposed to “do good” with it. In fact, most philanthropy is irresponsible; some is outright destructive.

Everybody in the public eye wants to look like a philanthropist. However, I think the whole concept has been perverted and turned on its head. A little later in this interview I’d like to talk about what a real philanthropist should do.

Most people claiming to be philanthropists are just guilt-ridden. They’re unhappy with what they’ve done with their own lives, or done to other people, and are trying to make up for it by dispensing money.

I have no problem with somebody who wants to build a museum, a library, or a stadium with their name on it. Those things may or may not be the most productive use of capital, but they certainly do no harm. I know a number of wealthy philanthropists; I consider them decent human beings—otherwise I wouldn’t associate with them. That said, most are misguided in this regard.

‘Ideological Fanaticism’: The Folly of Seeing Human Systems as Hardware, by Alastair Crooke

In some ways Bill Gates is a real idiot. From Alastair Crooke at strategic-culture.org:

he ‘meme-politics of lockdown and vaccine mandates’ may be fading, but the inflation meme and the economic aftermath meme has only just begun.

Fifteen years ago, a man who was head of the GW Bush White House bio-terrorism study group, and a special adviser to the President, unexpectedly found himself propelled into becoming the ‘father’ of pandemic planning, after Bush had come to his bioterrorism people to demand some huge plan to deal with some imagined calamity. “We need a whole-of-society plan. What are you going to do about foreign borders? And travel? And commerce?”. From his perch of influence – serving an apocalyptic president — Dr Venkayya became the driving force for a dramatic change in U.S. policy during pandemics.

The then White House guidelines (born out of a bio-terrorism context), allowed the government to put Americans in quarantine while closing their schools, businesses, and with churches shuttered, all in the name of disease containment. It seemed so simple; “Why didn’t these epidemiologists figure it out?”: A model of disease control, based on stay-at-home orders, travel restrictions, business closures, and forced human separation.

Well, from there, the “founding father of lockdowns” (not unnaturally) became successively head of pandemic policy at the Gates Foundation, and then President of Global Vaccine Business Unit. However, as U.S. commentator Jeffrey Tucker observes, the policy models developed by this White House study group “kept spitting out a conclusion that shutting down schools would drop virus transmission by 80%. I’ve read his memos from this period — some of them still not public — and what you observe is not science, but ideological fanaticism in play”.