“The Endgame Of Communist Rule Has Begun”: Evergrande’s Fall Shows How Xi Has Created A China Crisis, by Niall Ferguson

Is Evergrande illustrating the shaky foundations of a society and economy built on debt and repression? From Niall Ferguson at Bloomberg via zerohedge.com:

A major mistake of the Cold War was the tendency of Western observers to overestimate the Soviet Union. I have often wondered if the same mistake is being repeated with the People’s Republic of China. Then again, for every article over the last 10 years that predicted China’s economy would overtake that of the U.S., there were at least two prophesying a “China crisis.”

“The endgame of Chinese communist rule has now begun,” wrote David Shambaugh in 2015.

Wisely, he added: “Its demise is likely to be protracted.”

That same year, Jim Chanos of Kynikos Associates warned, “We’re getting inexorably to a tipping point in China.” 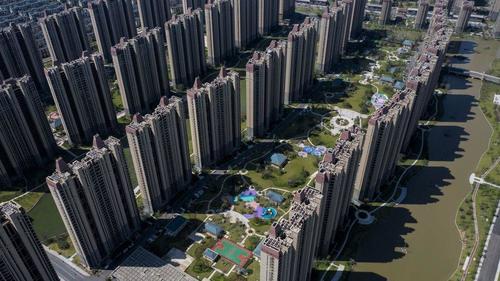 Last week began with yet another China tipping point. The impending collapse of the giant property developer China Evergrande Group, we were warned, could be China’s “Lehman Moment.” For 24 hours, global stock markets retreated by a couple of percentage points. By Tuesday morning, however, the story appeared to be over. The jitters subsided and investors got back to parsing the utterances of U.S. Federal Reserve Chair Jay Powell to make sure that nothing he said was surprising.

So if the China crisis never happens — no matter how many times China permabears like Chanos predict it — does China eventually overtake the U.S.? Thus far, it has done so only in terms of gross domestic product adjusted on the basis of “purchasing power parity,” which allows for the fact that a meal in Chongqing is quite a bit cheaper than one in Chicago. On a current dollar basis, China’s GDP last year was still just 72% of U.S. GDP, even with Hong Kong included.