Dinesh D’Souza fled India caste system and warns of the Covid caste system in the US. From D’Souza at The Epoch Times via zerohedge.com:

Caste systems are not merely unjust; they are also ugly to behold. Commenting to me once on India’s caste system, when I was a child, my father said, “People in this country still use the word ‘untouchable,’ which is if you think about it a very unlovely term.”

While India’s caste system persists despite being outlawed, America traditionally has not had a caste system.

We can see emerging, right here in America, a sharp divide between progressive elites and ordinary citizens. 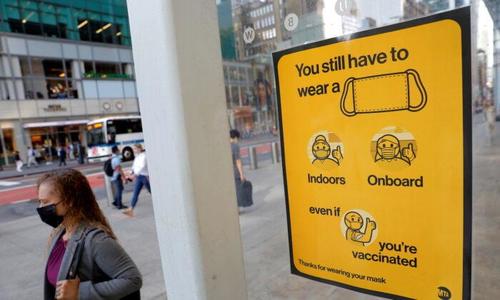 This divide can be seen in multiple areas.

Progressive elites have high walls protecting their homes, even as they declare that “walls don’t work.”

They have private security, even as they insist Americans don’t need guns to protect themselves.

They somehow elude accountability even when they break the same laws that get ordinary citizens into major trouble.

Nowhere, however, is the new American caste system more evident than with COVID-19.

Did you see Rep. Alexandria Ocasio-Cortez (D-N.Y.) at the Met gala? The publicity focused on her “Tax the Rich” dress, but just as notable was the video, released by Vogue magazine, of AOC in full Cinderella mode, flanked by multiple attendants, straightening out her hair, fixing her dress, holding up the long train, adjusting her heels. They were all masked; she was not.

One response to “The COVID Caste System, by Dinesh D’Souza”