The ‘other’ deficit is near an all-time high, by Simon Black

Trust in America’s major institutions has evaporated. The alternative media probably enjoys more trust than most if not all of them. From Simon Black at sovereignman.com: 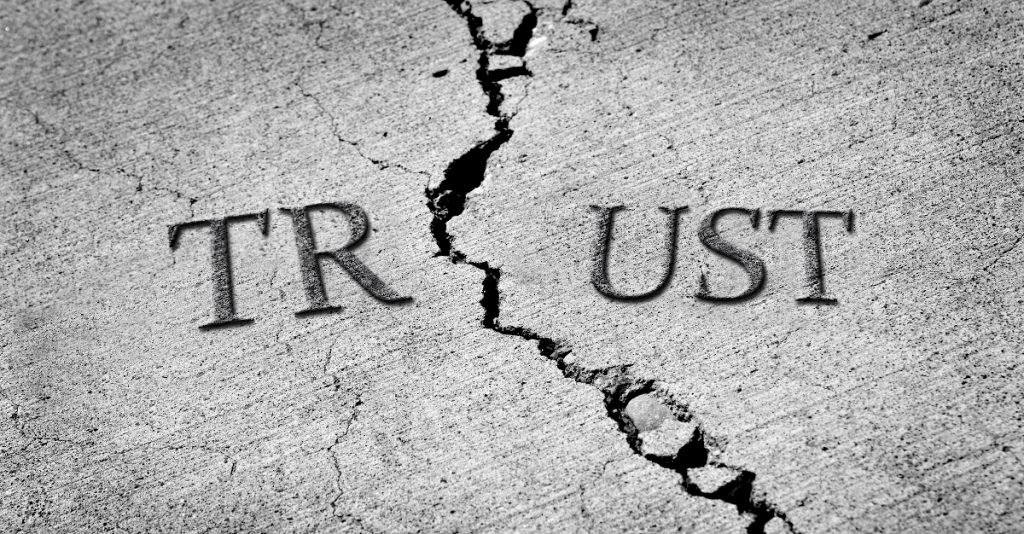 It’s only Wednesday, and yet it’s already been a terrible weak for America’s record-setting deficit.

And no, I’m not talking about the country’s record-high fiscal deficits, which include the eye-popping $50+ trillion Social Security shortfall, and the $28.5 trillion national debt.

I’m actually referring to an even bigger deficit– one of the biggest the country has ever faced.

It’s larger than the national debt, the Social Security shortfall, the COVID bailouts, and just about every financial deficit combined.

I’m talking about America’s trust deficit… the massive chasm of skepticism and doubt that stands between the citizens and their once-venerated institutions.

Just over the last few weeks, for example, we saw the disgraceful retreat from Afghanistan, followed by even more disgraceful finger-pointing that really widened the trust deficit.

Hunter Biden’s dad insisted that the intelligence community advised him that Afghanistan would NOT fall to the Taliban.

Then suddenly a number of classified documents were leaked showing that various intelligence agencies had warned about a Taliban takeover.

Hunter Biden’s dad then insisted that ‘the generals’ were all on board with a complete withdrawal of US troops from Afghanistan by August 31.

But the generals themselves publicly disputed his assertion.

The lies are bad enough. But it’s the constant bickering, finger-pointing, and illegal leaks of classified information that make the trust deficit grow.

Two weeks ago we also saw revelations that Facebook has been lying to everyone; senior officials, going all the way to the top of the company, knew fully well that the company was selectively allowing certain personalities to violate content guidelines and post whatever they wanted.

Facebook has told everyone– its users, Congress, and even its own oversight board– that it treats all users the same.