The Ungracious – and Their Demonization of the Past, by Victor Davis Hanson

Demonize not those generations which preceded yours, lest yours is demonized by generations to come. From Victor Davis Hanson at townhall.com: 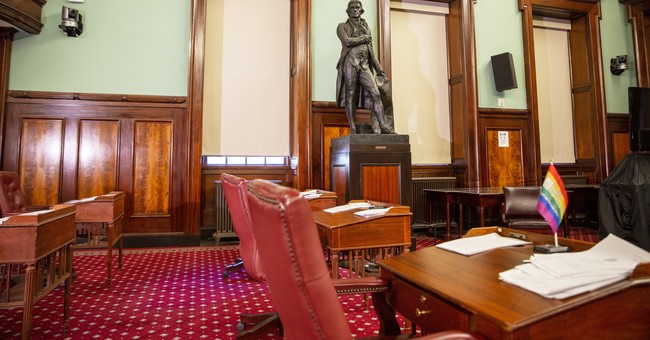 The last two years have seen an unprecedented escalation in a decades-long war on the American past. But there are lots of logical flaws in attacking prior generations in U.S. history.

Critics assume their own judgmental generation is morally superior to those of the past. So, they use their own standards to condemn the mute dead who supposedly do not measure up to them.

Yet 21st-century critics rarely acknowledge their own present affluence and leisure owe much to history’s prior generations whose toil helped create their current comfort.

And what may future scolds say of the modern generation that saw over 60 million abortions since Roe v. Wade, even as fetal viability outside the womb continued to progress to ever earlier ages?

What will our grandchildren say of us who dumped on them over $30 trillion in national debt – much of it as borrowing for entitlements for ourselves?

What sort of society snoozes as record numbers of murders continue in 12 of its major cities? What is so civilized about defunding the police, endemic smash-and-grab thefts, and car jackings?

Was our media more responsible, professional, and learned in 1965 or 2021? Did Hollywood make more sophisticated and enjoyable films in 1954 or 2021? Was there less or more sportsmanship among professional athletes in 1990 or 2021?

Was it actually moral to discard the “content of our character” and “equal opportunity” principles of the prior Civil Rights movement of 60 years ago? Are their replacement fixations on the “color of our skin” and “equality of result” superior?

This entry was posted in Academia, Entertainment, Government, Media, Propaganda and tagged Prior generations, Tearing down monuments. Bookmark the permalink.