What Did Clinton Know and When Did She Know It? The Russiagate Evidence Builds, by Paul Sperry

A less corrupt judicial system would have already brought an indictment against Hillary Clinton. From Paul Sperry at realclearinvestigations.com:

As indictments and new court filings indicate that Special Counsel John Durham is investigating Hillary Clinton’s 2016 campaign for feeding false reports to the FBI to incriminate Donald Trump and his advisers as Kremlin agents, Clinton’s role in the burgeoning scandal remains elusive. What did she know and when did she know it? 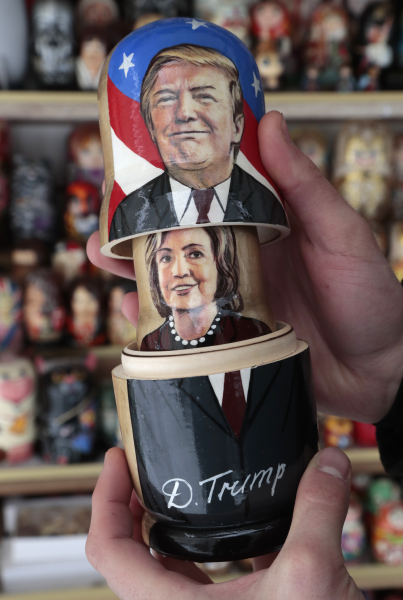 Top officials involved in her campaign have repeatedly claimed, some under oath, that they and the candidate were unaware of the foundation of their disinformation campaign: the 35-page collection of now debunked claims of Trump/Russia collusion known as the Steele dossier. Even though her campaign helped pay for the dossier, they claim she only read it after BuzzFeed News published it in 2017.

But court documents, behind-the-scenes video footage and recently surfaced evidence reveal that Clinton and her top campaign advisers were much more involved in the more than $1 million operation to dredge up dirt on Trump and Russia than they have let on. The evidence suggests that the Trump-Russia conspiracy theory sprang from a multi-pronged effort within the Clinton campaign, which manufactured many of the false claims, then fed them to friendly media and law enforcement officials. Clinton herself was at the center of these efforts, using her personal Twitter account and presidential debates to echo the false claims of Steele and others that Trump was in cahoots with the Russians.

Although Clinton has not been pressed by major media on her role in Russiagate, a short scene in the 2020 documentary “Hillary” suggests she was aware of the effort. It shows Clinton speaking to her running mate, Democratic Sen. Tim Kaine, and his wife, Anne, in hushed tones about Trump and Russia in a back room before a campaign event in early October 2016. Clinton expressed concerns over Trump’s “weird connections” to Russia and its president, Vladimir Putin. She informed Kaine that she and her aides were “scratching hard” to expose them, a project Kaine seemed to be hearing about for the first time.