The Democrats are encouraging their henchpeople in the mainstream and social media exercise to exercise totalitarian censorship. From Chris Hedges at consortiumnews.com:

Social media platforms are aggressively censoring challenges to the dominant narrative on Ukraine, the ruling Democratic Party, the wars in the Middle East and the corporate state. 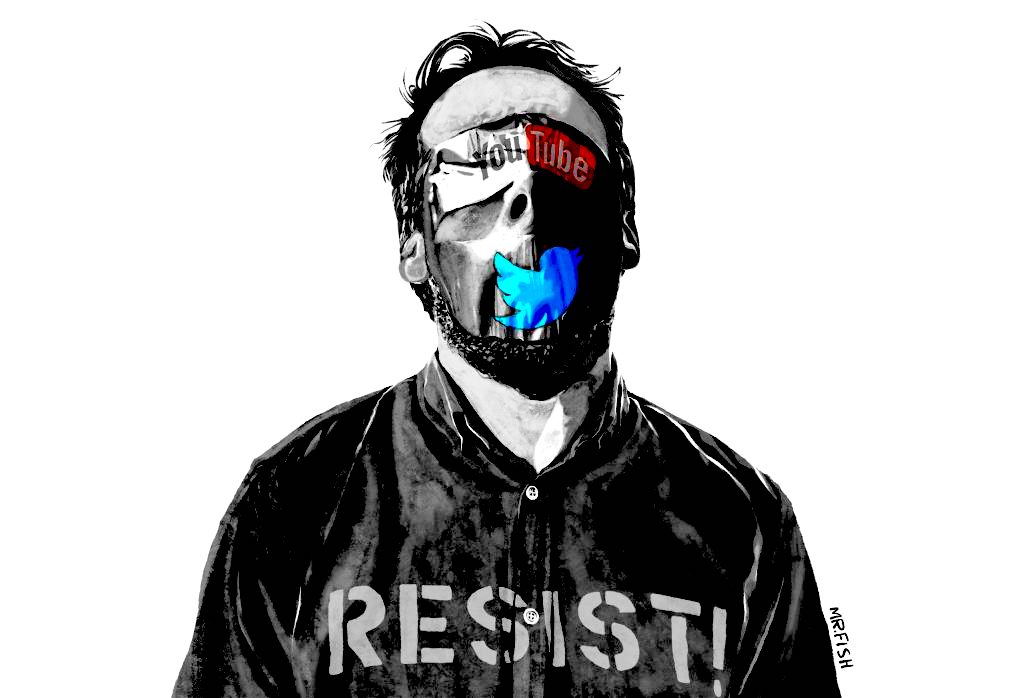 The ruling class, made up of the traditional elites that run the Republican Party and the Democratic Party, is employing draconian forms of censorship on its right-wing and left-wing critics in a desperate effort to cling to power.

The traditional elites were discredited for pushing through a series of corporate assaults on workers, from deindustrialization to trade deals. They were unable to stem rising inflation, the looming economic crisis and the ecological emergency.

They were incapable of carrying out significant social and political reform to ameliorate widespread suffering and refused to accept responsibility for two decades of military fiascos in the Middle East.

And now they have launched a new and sophisticated McCarthyism. Character assassination. Algorithms. Shadow banning. De-platforming.

Censorship is the last resort of desperate and unpopular regimes. It magically appears to make a crisis go away. It comforts the powerful with the narrative they want to hear, one fed back to them by courtiers in the media, government agencies, think tanks and academia. The problem of Donald Trump is solved by censoring Donald Trump. The problem of left-wing critics, such as myself, is solved by censoring us. The result is a world of make-believe.