How Inflation Destroys Civilization… and What You Can Do About It, by Nick Giambruno

It’s hard to see how a society survives when its people know the government is ripping them off through currency debasement. From Nick Giambruno at internationalman.com: 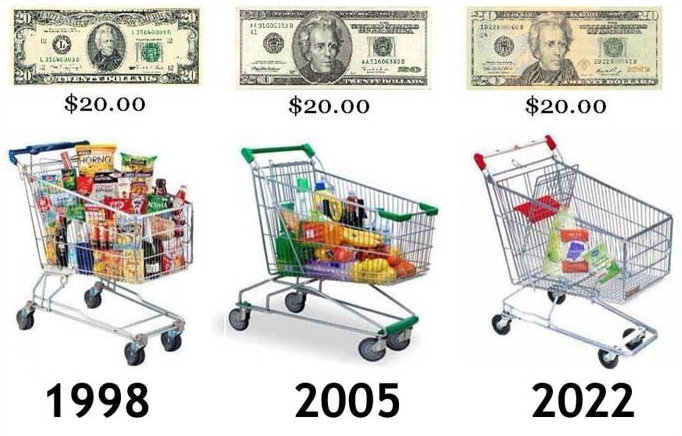 Thanks to rampant inflation, socialism could soon become irreversibly entrenched in the US—just as it is in Argentina, Venezuela, and other countries.

Rapidly rising food, housing, medical, and tuition prices are squeezing Americans—many of whom do not understand the true cause of their falling living standards.

The explosion in the cost of living is a predictable consequence of money printing.

Since the outbreak of the Covid hysteria, the Federal Reserve has printed more money than it has for the entire existence of the US.

From the founding of the US, it took over 227 years to print its first $6 trillion. But in just a matter of months recently, the US government printed more than $6 trillion.

For further perspective, the daily economic output of all 331 million people in the US is about $58 billion. At the push of a button, the Fed was creating more dollars out of thin air than the economic output of the entire country.

In short, the Fed’s actions amounted to the biggest monetary explosion that has ever occurred in the US.

Initially, the Fed and its apologists in the media assured the American people its actions wouldn’t cause severe price increases. But unfortunately, it didn’t take long to prove that absurd assertion false.