You can’t just screw with people, particularly taking away their livelihoods. From Sundance at theconservativetreehouse.com:

The politicians in Dutch government recently passed sweeping new climate regulations that will result in more than a third of farmers losing their business. The government announced a €25 billion plan to radically reduce the number of livestock in the country in order to curtail emissions.

As the Guardian reports, “A deal to buy out farmers to try to reduce levels of nitrogen pollution in the country had been mooted for some time,and was finally confirmed after the agreement of a new coalition government in the Netherlands earlier this week.” The plan is to reduce farming in the Netherlands, by a “one-third reduction in the numbers of pigs, cows and chickens in the country.”  However, the farmers are fighting back. 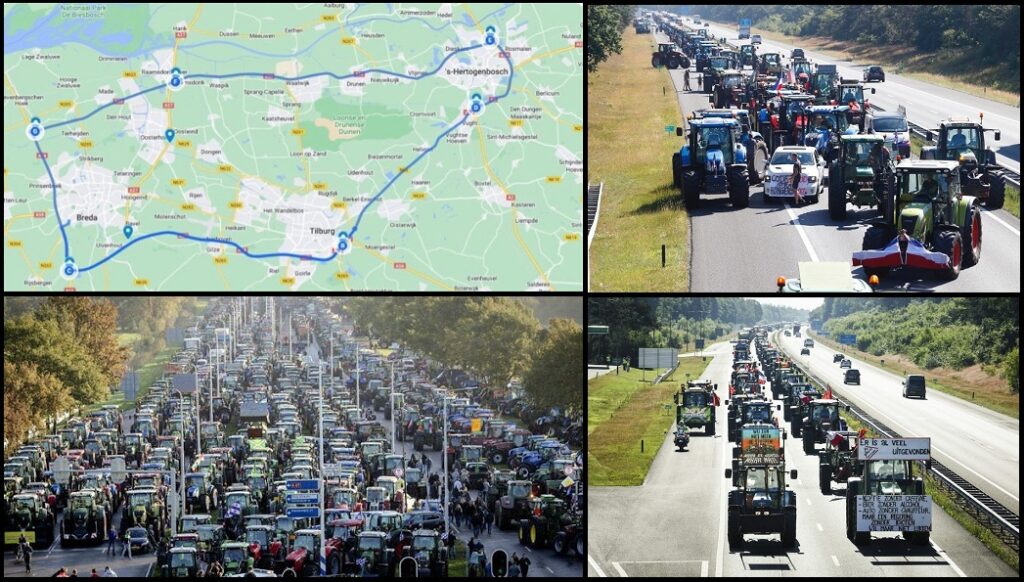 The unorganized grass-roots groups have been randomly blocking roads and transportation hubs for the past three days.  They have also been dropping truckloads of manure at the entrances of government businesses.  In a show of solidarity, the fishing industry is now blocking ports.  Additionally, the farmers are starting to block the distribution centers of supermarkets and key roads forming a cauldron where transit is at a standstill.