It seems only appropriate that Nancy Pelosi wore the symbol of mindless fear—a facemask—on her “bold” trip to Taiwan. From Eric Peters at ericpetersautos.com: 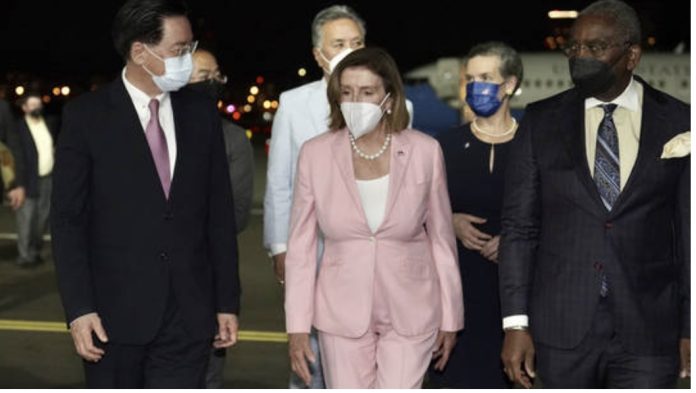 The sight of Nancy Pelosi in Taiwan – fully Face Diapered, along with her entourage of Sickness Kabuki Players – is almost as risible as the nasal sound of Anthony Fauci’s voice whining about how awful it is that Americans won’t “adhere” to his counsel regarding “public health measures.”

Is there any better barometer of the Failed State of these United States?

At this point, the only people who wear “masks” by choice are very stupid people, possibly rendered so by a near-three-year pounding of stupidity, via such as Anthony Fauci – a medical doctor who continues to urge people to wear them, despite the fact that he has got to know better. 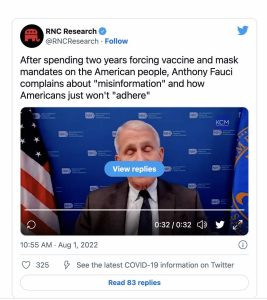 Unless, of course, he is almost unimaginably stupid – or too stupidly stubborn to admit he was wrong and should have known better.