Doug Casey on Class Warfare, “Eat the Rich” Sentiment, and What Happens Next

If you have a lot of money, probably a good idea not to tell anyone about it. From Doug Casey at internationalman.com: 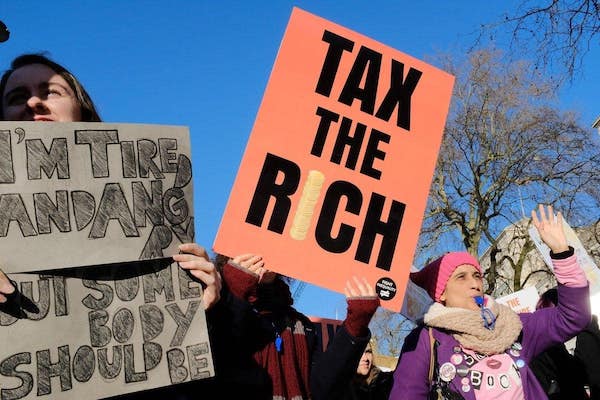 It’s a trend in motion that is accelerating. This rising anti-wealth sentiment seems to be taking the US into dangerous territory.

Our friend Rick Rule once said, “Eat the rich? Prepare to starve.”

Doug Casey: Once upon a time, government apologists liked to say that the rich had to be taxed in order to help the poor. That’s no longer the case. Nobody in America is starving. Even poor people have flat-screen TVs, air conditioning, and refrigerators. The poor live better than medieval royalty.

What’s going on is the institutionalization of envy, a terrible vice. It’s different from jealousy.

Jealousy says, “You have something that I want. I want one too. Give it to me.”

Envy says, “You have something that I want. If I can’t have it, I’ll destroy it, so you can’t have it either.” Envy is the moral flaw that underlies all socialist economic theories. Socialist feelings and morality underly the economic lies, race hatred, class hatred, sex antagonism, and political polarization tearing the US and the West apart. Envy and socialism have become secular religions. The country has been divided into two different and mutually antagonistic worldviews.

It’s a question of what’s right and wrong, what’s good and evil. It’s not a question of economics, about what’s more productive. This is a much more serious division. It amounts to a religious war between the Left, who want to overthrow and transform society, and the Right, who want to more-or-less maintain traditional values, but lack any real ideology.