US Intel Lays Out Assange Attack, by Joe Lauria

The intelligence establishment routinely propagates false assertions that are directly contradicted by Julian Assange’s indictment. From Joe Lauria at consortiumnews.com:

Misperception and disinformation overrode the facts of the Assange case at an event organized by the Hayden Center on Monday night in Washington, reports Joe Lauria. 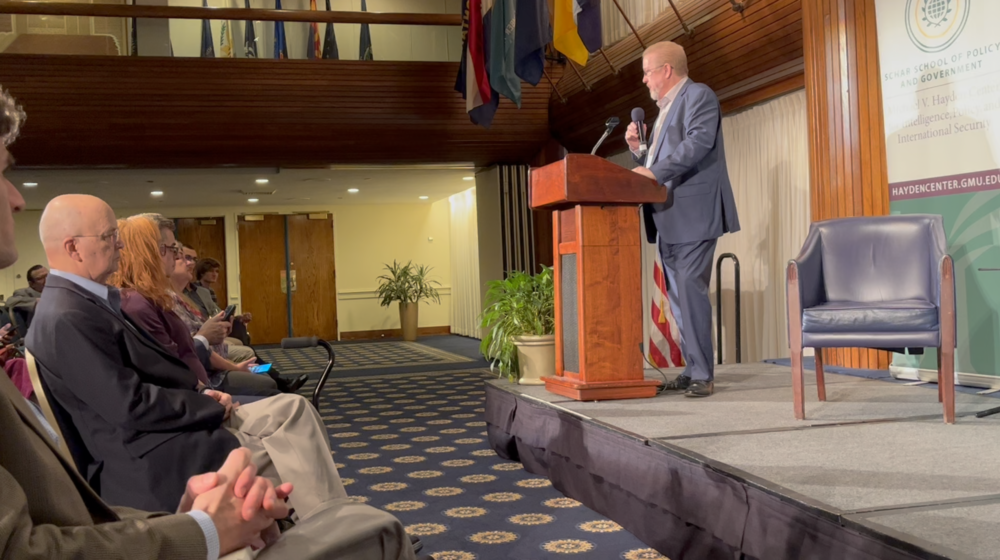 A week after five major newspapers called on the Biden administration to drop its charges against Julian Assange, the Michael V. Hayden Center for Intelligence, Policy, and International Security countered with an event on Monday intended to push the “intelligence community’s” disinformation about the Assange case.

After it was slammed on Twitter, the program’s initial title, “Julian Assange: Journalist or Techno-Spy?” was changed to the mundane, “The Case of Julian Assange.” It was presented as a debate in the ballroom of the National Press Club in Washington, but the panel seemed stacked against Assange lawyer Barry Pollack.

Larry Pfeiffer, the Hayden Center director and a former Central Intelligence Agency chief of staff, introduced the panelists, asking about the “line between journalism and espionage and when does the line get crossed?” Though the title was changed the purpose was the same, to present Assange as a spy, giving Assange’s U.S. lawyer a chance to respond.

Pfeiffer said the center’s “goal is to have discussions like this that talk about intelligence and the role intelligence plays in our society, in our government, how it informs policy, how it sometimes screws up policy and what do we do then if we need to fix it.”

In other words, trust the intelligence agencies because they have only the best intentions at heart and they fix their “mistakes,” “mistakes” that cost hundreds of thousands of lives, such as in Iraq, and that plotted to take Assange’s life.

One response to “US Intel Lays Out Assange Attack, by Joe Lauria”