A Pfizer director and former commissioner of the FDA pressured Twitter not to publish materials that questioned Pfizer’s vaccine’s safety and effectiveness. From Eric Peters at ericpetersautos.com:

During the French Revolution, you were considered suspect – by the revolutionaries – if you wore culottes, the traditional breeches of the aristocratic class. Those who did not wear them were styled sans-cullottes.

In the revolution to come – hopefully – the same suspicion will be focused on anyone who wears two hats. 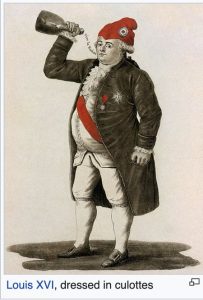 Like Dr. Scott Gottlieb, for instance. This white coat was the former commissioner of the FDA, the federal regulatory agency that is supposed to assure that the drugs sold by pharmaceutical companies such as Pfizer are . . . what’s the phrase? Yes, that’s it. “Safe and effective.” Gottlieb – who is currently a board member of the very company making the drugs that are neither effective – if the measure is preventing infection and transmission – nor safe, if the measure is free of significant risks – worked very hard to make sure people were not made aware of either fact.

He badgered Twitter to suppress Tweets that might have adversely effected the reputation and profitability of the drug company on whose board he now sits – and collects a fat check for so sitting. His value to Pfizer, no doubt, arising from his status and connections as the former commissioner of the FDA.