If you can’t beat ‘em, buy ‘em. Maybe this is how the voices shut out of the big social media sites will get their voices reinstated. From Tyler Durden at zerohedge.com:

Some will say it’s long overdue. We would agree.

According to Bloomberg, billionaire Paul Singer’s activist hedge fund Elliott Management has taken a sizable stake in Twitter and plans to push for changes at the social media company, including replacing Chief Executive Officer Jack Dorsey. As part of its activist campaign, Elliott has nominated four directors to Twitter’s board, and while there are only three seats becoming available at this year’s annual meeting Elliott wanted to ensure that it nominated enough directors to fill all three seats or any other vacancies that may arise.

Initially, Elliott reportedly approached Twitter about its concerns privately “and has had constructive discussions with it since then”, although the hostile turn of events suggests that discussions were not all that “constructive.”

Elliott’s push to revamp Twitter comes at a pivotal time – just as Twitter cracks down on alternative voices, silencing and suspending anyone who disagrees with the company’s ultraliberal, virtue signaling ethos without as much as a second thought. As an example of Twitter’s unprecedented anti-conservative bias we can point to the recent tweet of the company’s associate General Counsel Jeff Rich, who in direct breach of his own employer’s Terms of Service, recently urged his followers to “cull” Trump from the herd, in what appears to have been a clear appeal to assassinate a sitting US president.

The Tech Giants Are a Conduit for Fascism, by Michael Krieger

The tech giants are aiding and abetting the government’s ever-increasing repression and curtailment of liberty. From Michael Krieger at libertyblitzkrieg.com: 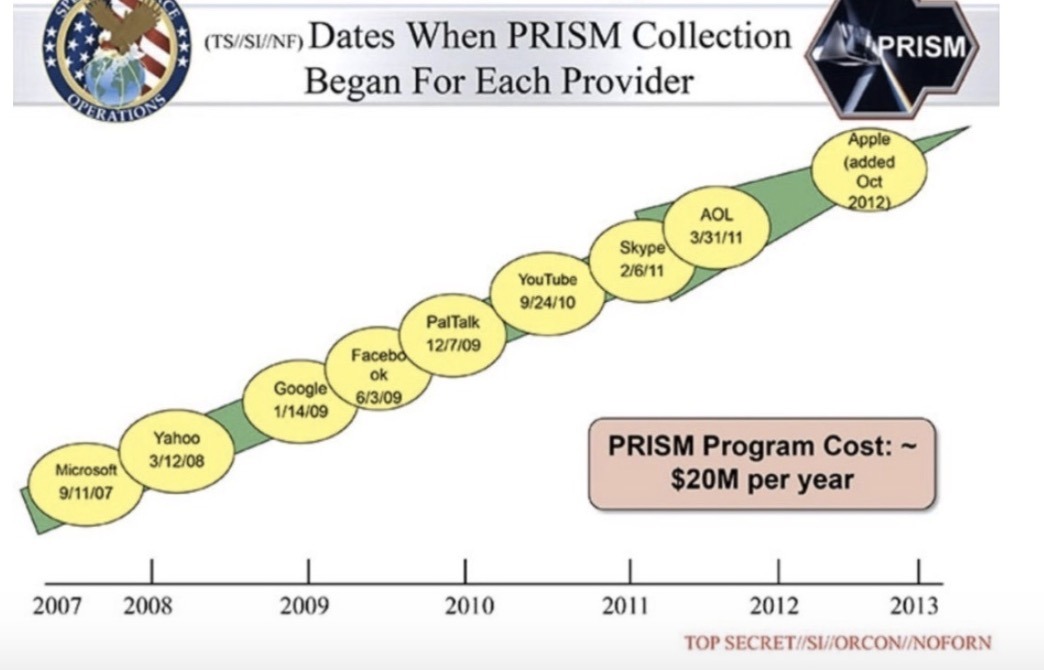 A second former Amazon employee would spark more controversy. Deap Ubhi, a former AWS employee who worked for Lynch, was tasked with gathering marketing information to make the case for a single cloud inside the DOD. Around the same time that he started working on JEDI, Ubhi began talking with AWS about rejoining the company. As his work on JEDI deepened, so did his job negotiations. Six days after he received a formal offer from Amazon, Ubhi recused himself from JEDI, fabricating a story that Amazon had expressed an interest in buying a startup company he owned. A contracting officer who investigated found enough evidence that Ubhi’s conduct violated conflict of interest rules to refer the matter to the inspector general, but concluded that his conduct did not corrupt the process. (Ubhi, who now works in AWS’ commercial division, declined comment through a company spokesperson.)

Ubhi worsened the impression by making ill-advised public statements while still employed by the DOD. In a tweet, he described himself as “once an Amazonian, always an Amazonian.”

– From the must read ProPublica expose: How Amazon and Silicon Valley Seduced the Pentagon

That U.S. tech giants are willing participants in facilitating mass government surveillance has been widely known for a while, particularly since whistleblower Edward Snowden risked his life and liberty to tell us about it six years ago. We also know what happens to executives who don’t play ball.

Let’s just have the US and UK governments jointly nationalize Twitter at a handsome premium to its current stock price, make it a propaganda agency, and be done with it. From Caitlin Johnstone at caitlinjohnstone.com:

Middle East Eye‘s Ian Cobain has published an exclusive titled “Twitter executive for Middle East is British Army ‘psyops’ soldier”, exposing the fact that Twitter’s senior editorial executive for Europe, the Middle East and Africa also works for an actual, literal propaganda unit in the British military called the 77th Brigade. Which is mighty interesting, considering the fact that Twitter constantly suspends accounts from non-empire-aligned nations based on the allegation that they are engaging in propaganda.

“The senior Twitter executive with editorial responsibility for the Middle East is also a part-time officer in the British Army’s psychological warfare unit,” Cobain writes. “Gordon MacMillan, who joined the social media company’s UK office six years ago, has for several years also served with the 77th Brigade, a unit formed in 2015 in order to develop ‘non-lethal’ ways of waging war. The 77th Brigade uses social media platforms such as Twitter, Instagram and Facebook, as well as podcasts, data analysis and audience research to wage what the head of the UK military, General Nick Carter, describes as ‘information warfare’.”

Daniel McAdams: “The US Has Ceased Being a Republic and Has Become a National Security State”

Daniel Adams is executive director of the Ron Paul Institute for Peace and Prosperity. The following is a wide ranging interview with Mohsen Abdelmoumen, from ahtribune.com:

Daniel McAdams: In August I was watching a segment of the Sean Hannity program while at a friend’s house and noticed that despite an hour of Hannity ranting against the “deep state” in the US, he was wearing a lapel pin bearing the seal of the US Central Intelligence agency, which most would agree is either the center or at least an important hub of the US “deep state” itself. I tweeted about this strange anomaly and as a comment to my own Tweet on it I happened to say that Hannity is “retarded.” Twitter informed me that I had committed “hateful conduct” for “promoting violence against or directly attacking or threatening other people on the basis of race, ethnicity, national origin, sexual orientation, gender, gender identity, religious affiliation, age, disability, or disease.” It is clear on its face that I did none of these. I used a non-politically correct term to ridicule Hannity for attacking the “deep state” while wearing the symbols of the deep state on his very lapel.

It is clear that Twitter is deeply biased against any voices outside the mainstream, pro-empire perspective. As a leading Tweeter in opposition to interventionist US foreign policy, I had long been targeted by those who enable and enforce Twitter’s political biases. Look at who Twitter partners with and you will understand why I was banned for a transparently false reason: the US government-funded Atlantic Council and other similar organizations are working with Twitter to eliminate any voices challenging US global military empire.

Twitter’s ‘Hide Replies’ Function Serves To Appease The Elitists Of The Political/Media Class, by Caitlin Johnstone

The last thing the powers be want is a forum in which the common clay can question their propaganda. From Caitlin Johnstone at caitlinjohnston.com:

“I honestly think the annoyingness of a certain candidate’s supporters on Twitter prevents other reporters/analysts from pointing out that said candidate’s campaign obviously isn’t going that well,” griped the popular statistician/establishment narrative manager Nate Silver on Twitter today, following angry backlash from American progressives for a controversial racially charged tweet a few hours earlier in which he referred to Bernie Sanders’ diverse base as “residue”.

We’ve been seeing many such complaints from elitists of the political/media class about the way Twitter’s somewhat egalitarian structure allows ordinary citizens to effectively criticize their posts, and it’s been growing louder and louder in recent years. Slate‘s Ashley Feinberg published an article earlier this month documenting New York Times columns over the last two years that have been dedicated to NYT columnists using their massive platforms to whinge about the comments they receive on Twitter. Feinberg’s article was inspired by the hilarious melodramatic hissy fit thrown by neocon Bret Stephens over some random guy calling him a “bedbug” on the social media site, but it’s amazing how many other columns the editors of the New York Timesthought worthy of publication on this matter.

This ongoing meltdown by elitist narrative managers over the fact that mere commoners now dare address them in public without reverence and respect is the result of the novel nature of this dynamic. It used to be that the unwashed masses were kept quarantined from the narrative makers of the plutocratic media; they’d stay safely insulated among their own kind and they’d tell the rabble what to think from behind a wall of inaccessibility. Now if you’re in politics or media you’re expected to maintain a social media profile so that potential future employers can see what a good establishment lackey you are, but this new dynamic is clashing with the surging western populist movements who have an ever diminishing respect for that same establishment.

The solution to big tech censorship is found in the market, not government regulation. From Atilla Mert Sulker at lewrockwell.com:

Recently, Democratic presidential candidate Tulsi Gabbard went on Tucker Carlson, defending her decision to sue google for suspending her campaign ads. According to Gabbard, this move on behalf of google constitutes “election interference”. Gabbard further went on to say that her lawsuit would underscore the extensive power of big tech, and shed light on its violation of free speech. Gabbard’s gripes are very reminiscent of the feelings many conservatives also have towards big tech.

Day by day, big tech companies such as Facebook and Twitter have been shutting down the accounts of various figures they deem “controversial”. Among these, are of course Alex Jones and Louis Farrakhan. Like Gabbard, many conservatives proclaim that this is an infringement on the right to free speech, and liken big tech companies onto monopolies. Thus the solution is for the government to punish these companies, they assert.

This line of thinking has been the traditional method in which conservatives have sought for repercussions against the so called injustices of censorship. But what many people have failed to realize, is that this pursuit in favor of regulation, has only made matters worse. It has guided many well intentioned people down a path of unfruitfulness.

END_OF_DOCUMENT_TOKEN_TO_BE_REPLACED

The government gave her son a sex change without parental consent, by Simon Black

Simon Black chronicles more doings in the government’s theater of the absurd, grotesque, and horrifying. From Black at sovereignman.com:

Welcome to our Friday roll up, where we highlight the most interesting, absurd, and concerning stories we are following this week.

It all started when a boyfriend playfully tried to push his girlfriend into the pool.

Most people would see that as harmless horsing around. But one lady saw domestic violence. So she called the police.

Police came and arrested the boyfriend. His girlfriend, the alleged victim, became quite irritated, as you could imagine. She insisted that he had done nothing wrong, and they were just fooling around.

Then she walked away from police as they were talking to her. So one officer saw fit to run up behind this 5-foot tall woman and body slam her to the ground. He took her down with such force that he broke her collarbone, and she lost consciousness.

Amazingly enough, the police then arrested HER and charged her with disturbing the peace.

I’m not joking. The lady who broke her collar bone due to excessive police force is the one who apparently disturbed the peace.

Naturally this became a lawsuit. But last week, a federal court ruled that the police officer cannot be sued.

He gets “qualified immunity”, because, while he was slamming this petite bikini-clad woman to the ground and crushing her bones, he was performing his official duties as an agent of the government. Therefore he cannot be held personally liable for his actions.