Tag Archives: Decline of the West

By now it’s obvious even to Westerners: the West is in decline. From Craig Murray at consortiumnew.com:

The really interesting thing about the G7 summit is that it wasn’t interesting. Nobody expected it to change the world, and it won’t. 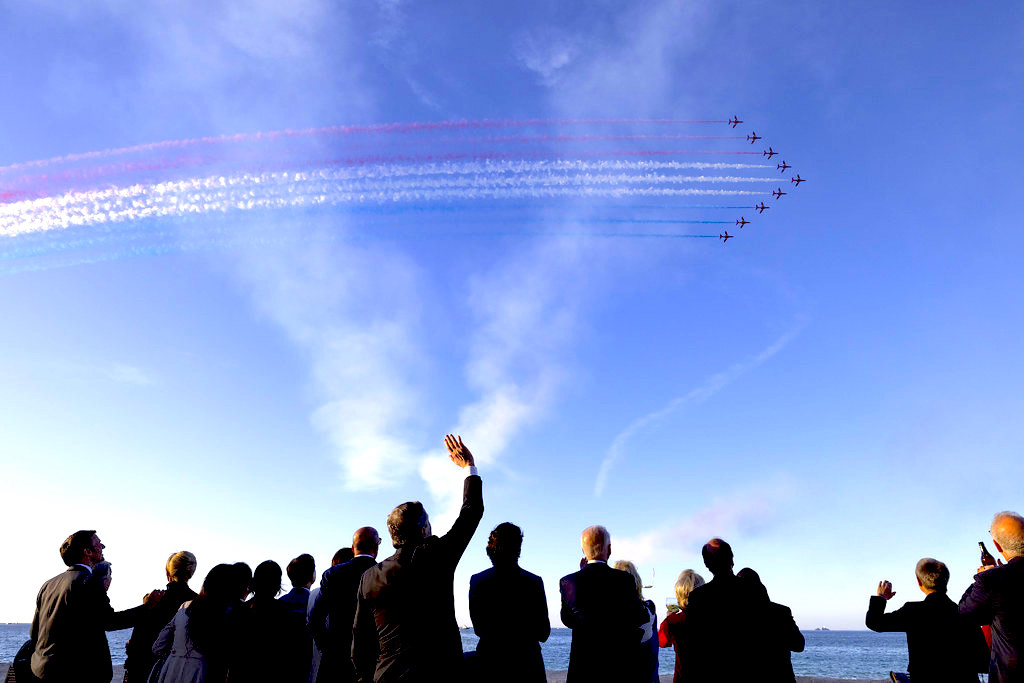 Boris Johnson sees himself as the heritor of a world bestriding Imperial mantle, but in truth he cannot bestride the Irish Sea. The overshadowing of last month’s G7 summit by the U.K. prime minister’s peculiar concern that Irish sausages should not be eaten by those in Northern Ireland who do not believe in evolution, was a fascinating examplar of British impotence as he failed to persuade anybody else to support him. It looks like Danish bacon for the shops of Belfast and Derry will have to be imported through Dun Laoghaire and not through Larne. Ho hum.

The really interesting thing about the G7 summit is that it wasn’t interesting. Nobody expected it to change the world, and it won’t. John Pilger pointed out the key fact. Twenty years ago, the G7 constituted two thirds of the world economy. Now they constitute one third. They don’t even represent most of the world’s billionaires any longer, though those billionaires they do represent — and indeed some of the billionaires they don’t represent — were naturally pulling the strings of these rather sluggish puppets.

It used to be that any important sporting event in any developing country would feature hoardings for western multinationals, such as Pepsi Cola and Nestle baby milk. Nowadays I am watching the Euros football pitches surrounded by electronic hoardings in Chinese. The thing about power is this; it shifts with time.

None of the commitments made on Covid or climate change constituted any new money, any real transfer of wealth or technology. It was a non-event. Nobody will ever look back at anything beyond the personal as having started last month in Cornwall.

From there, pretty well the same people moved on to pretend to bestride the world militarily at NATO, where the first job was to pretend they had not lost the long Afghan war they have just, err, lost.