Peace-Washing: Is a Network of Major Donors Neutralizing Activism in the Peace Movement? by Dave Lindorff

If you’re opposed to a political movement’s aims become its financial Sugar Daddy. Before you know it that movement will be singing your tune. From Dave Lindorff at consortiumnews.com:

We’re now in a situation where many ostensible “peace” groups seem tied to the Democratic Party while the Biden administration pursues militaristic policies, writes Dave Lindorff. 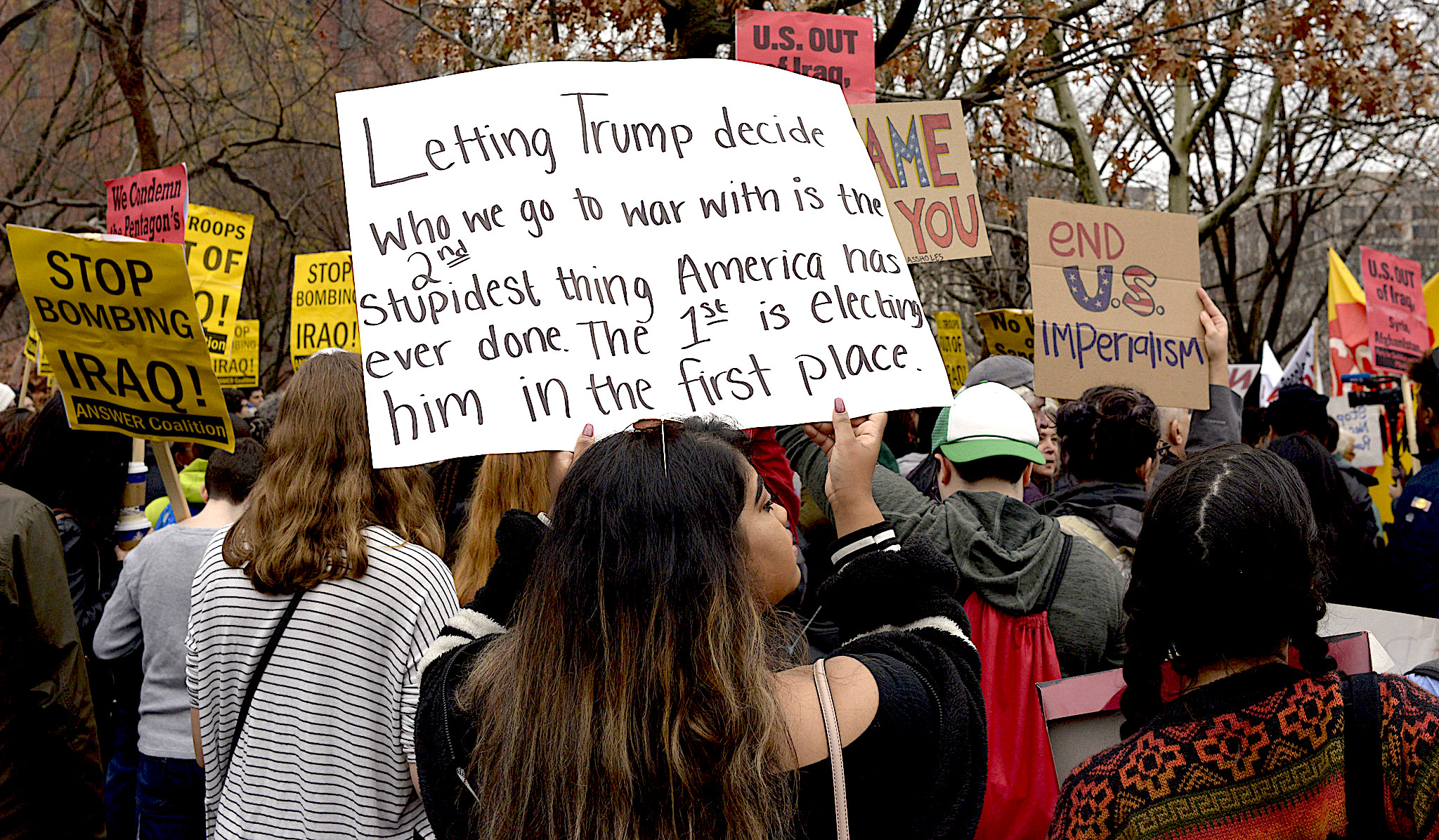 Jan. 4, 2020, protest in Washington, D.C. against President Donald Trump’s ordering of the assassination of Qasem Soleimani, Iran’s top general, and others in a drone strike near the Baghdad airport. (Stephen Melkisethian, Flickr, CC BY-NC-ND 2.0)

During the four years of the Trump administration, resistance and even revolutionary talk were in the air as organizations with names like The Resistance and Our Revolution brought together liberals, Democrats of all stripes and Sandernistas, all opposed to President Donald Trump and to Trumpism in all its manifestations.

When it came to matters of war and peace, virtually everything Trump did internationally — his fawningly friendly relations with Russian President Vladimir Putin, Chinese President Xi Jinping and North Korean leader Kim Jong-un, his Tomahawk cruise missile attacks on Syria, his coziness with Israeli Prime Minister Benjamin Netanyahu, his ordering of a drone assassination of Iranian Gen. Qasem Soleimani, his massive military budgets — was criticized mercilessly by progressives, the liberal establishment and groups in the Democratic mainstream.

With the arrival of the Biden presidency, the dynamics have changed dramatically. Consider the liberal response to the Biden transition team floating Michèle Flournoy’s name as a potential secretary of defense. Instead of outrage at the idea of someone who had spent the previous four years helping arms contractors win business with the Trump Pentagon and who is an advocate for tough, even aggressive stances towards Russia, China and Iran, we saw an open letter of support signed by 29 key people active in the peace and arms-control arena