“As ye sow…” by Robert Gore Our deranged world is a product of deranged minds.

Philosophy begins with invariably difficult questions. Why am I here? What is the purpose of life? Is there a god or gods? What is right and what is wrong? How should groups of people be organized and function together? Ironically, when such questions are infrequently asked, when philosophy is generally ignored or disparaged, as it is now, is when it’s needed the most.

Political philosophy is the branch that addresses the question of how coercive power is to be distributed in a society. It’s a knotty issue, but one question provides clarification, enabling further analysis and leading to useful conclusions. Who owns a political unit’s resources? This question differentiates between governments that protect individual rights and property and those that don’t. It also highlights a key problem: on planet earth, every government falls into the latter category.

DERANGED: Prime deceit could be TAKEN FROM CURRENT HEADLINES 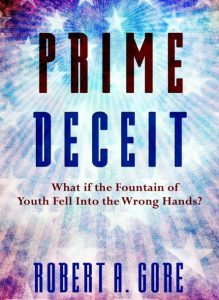 The United States’ founding documents pay tribute to individual rights and private properly. Some of the founders may have thought they were establishing a government subordinated to protection of individual rights, which would have been an historical first. However, none thought such a government would be easy to maintain, and their fears were borne out. The US government places prominently on the inglorious list of governments claiming ownership over everything within their dominion, defined as any place where they can exercise their coercive power.

To those who say the institution of inviolate private property still exists in the US, what asset can the US government not seize? The income tax gives it first claim on income. No real estate is exempt from eminent domain. Intellectual property claims are at the sufferance of the patent, trademark, and copyright authorities. Financial assets held within the banking system can be “bailed in,” and plans are afoot to ban cash. The already extensive range of assets subjected to civil asset forfeiture continues to expand. More ominously, assets can be seized from parties never adjudicated guilty. Conscription grants to the government the lives of the conscripted. The US government is no exception to the general rule, nothing is inviolate except perhaps a person’s thoughts, and undoubtedly it’s working on that.

Individuals who assert the right to initiate aggression against whomever they choose are philosophically unhinged, candidates for an asylum or a penitentiary. Rejecting the first principle that must guide human interaction—that no one may rightfully initiate force against another person—such individuals have no rational foundation for their thoughts or actions. The “garbage in” of their philosophical premises produces “garbage out” emotional states, mental processes, and ultimately, lives. Having abandoned reason for coercion and violence, reality becomes a chaotic, incomprehensible void.

Governments’ coercive power allow them to take: might makes right. A philosophy that recognized a right of some individuals to steal from others fails on first principles; there is no logical distinction possible between the privileged and the subjugated. Does the aggregation of individuals into a unit which calling itself a government give them a right which none of them have individually? One could say that the aggregate was for the protection of its constituents’ persons, property, and rights, but a government so limited is acting as their constituents’ subordinate agent, exercising and enhancing their right of self-defense. Efforts have been made, notably the American experiment, but no government has ever been restricted in this manner.

No matter its guiding “ism,” every government has granted itself the power to initiate violence against its citizens. Just because the ruling agglomerate asserts this privilege doesn’t render it philosophically valid. What it does is legitimate the initiation of violence for any and all causes—domestic and foreign—the government deems proper.

Having violated the first principle of nonaggression, nothing can stop that philosophical default from trickling down to the subject population. The ragged thief who holds up a liquor store lacks the polish and articulation of the politician who asserts the government’s first claim on a nation’s production, the central banker who depreciates its currency, or the general bent on global dominance who wages offensive wars, but philosophically they’re soul mates. In fact, the thief has a moral one up on the others: he doesn’t claim to be protecting the values he destroys.

Millions have decried the violence that prevented Milo Yiannopoulos from speaking at the University of California at Berkeley, just as millions on the other side decried mostly illusory violence among Trump supporters during the campaign. However, not one in a thousand of those denouncing the violence as violations of fundamental civil liberties denounce the daily violations of fundamental liberties visited upon them by their own government. America’s corruption is so complete that those who insist that they are not fodder for the government, that their lives are their own, and that the only proper government is one subordinated to the protection of their individual rights—and maintain positions consistent with those principles—could hold a convention and not fill a high-school gym.

This small group is the victim of a terrifying pincer movement from above and below. When a society abandons itself to violence, “legal” and otherwise, it abandons itself to mindless irrationality driven by hate and antipathy towards every positive value. Violence is not a means to any end other than destruction and death; violence itself is the end. Humanity has been fed the same tripe for centuries: noble ends justify evil means. Violation of the first principle—the stricture against initiated aggression—bars consideration of the purported ends. A “discussion” with a gun is no discussion. Violence exercised in self-defense protects positive values, but when violence is initiated, destruction, death, and the depraved pleasure of loathsome minds are its only ends.

An individual who claims by word or deed the right to initiate violence—and the consequent rights to subjugate, injure, and kill—is a rabid, deranged, and dangerous animal. A government that asserts that right is a pack. In self-defense, the virtuous, if they are to protect their liberty, rights, and lives, must quarantine or kill the rabid. A necessary corollary of the stricture against initiated aggression is that we have the right to use all means necessary to defend ourselves from it—with pity, perhaps, but no remorse.

The chaos, the terror, of our deteriorating world is a true and faithful reflection of souls abandoned to hate. The free mind and its methods—intrepid curiosity, truth, and logic—stand as their ultimate enemy. If those who would oppose this destruction and death abandon their souls, they become the mindless evil they opposed. Those who defend their rights, values, and lives without surrendering their morality will rebuild from the rubble the kind of world in which they deserve to live. They will do so unobstructed—hate inevitably leads to its own destruction.

WHEN THE LIGHT WAS ALLOWED TO SHINE 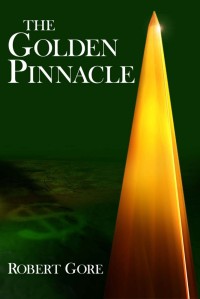