Ecofascism: The Climate Debate Turns Violent, by Onar Am

The ecofascists are employing the time-honored method of handling those with whom they disagree: they beat them up. From Onar Am at libertynation.com:

As evidence mounts that climate models are wrong, those who dare say so are threatened with violence.

Recently, the European Institute for Climate and Energy held its annual conference in Germany, with more than 200 attendees. This year, however, the organization met in hiding from the Open Anti-Capitalist Climate Protest, affiliated with the communist domestic terror group Antifa.

The protestors’ goal has been to shut down climate debate through harassment, intimidation, disruption, and violence. Americans are familiar with the violent tendencies of Antifa, but its German counterpart is even more radical and echoes the brownshirt terror of the 1920s-30s. This year, therefore, the climate scientists had to hold their conference at a secret location.

What were the offending words the ecofascists wanted to prevent the audience from hearing? Speeches with titles like “The Real Condition of the Great Barrier Reef,” “The Influence of Greenhouse Gases on Climate Research,” and “What Role Did the Sun Play in Climate Change” presented by top scientists from all over the world.

END_OF_DOCUMENT_TOKEN_TO_BE_REPLACED

California Dems Show Us the Future. Run For Your Lives, by Ann Coulter

Many people, with good reason, are voting with their feet on California’s future. From Ann Coulter at anncoulter.com:

In this column, I will prove that Democrats: 1) Don’t care about “Russians,” (Ukrainians?) or anyone else interfering with our democracy; and 2) they also don’t give a crap about guns.

Let’s begin by looking at the Democrats’ Platonic ideal of a democracy: California!

California is wholly controlled by the Democratic Party. The governor is a Democrat. The lieutenant governor is a Democrat. The attorney general, secretary of state and treasurer are Democrats. All these positions have been held by Democrats since the governorship of Arnold Schwarzenegger (who was a Democrat). The state Senate is just under two-thirds Democratic, while the assembly is more than two-thirds Democratic. Both U.S. senators are Democrats, as are 46 of 53 members of Congress.

And what a paradise they’ve created! For the last several years, with a direct pipeline to the fifth-largest treasury on the planet, California has been waging war on decent people in favor of drug addicts, the mentally ill, criminals, the homeless and transgenders.

END_OF_DOCUMENT_TOKEN_TO_BE_REPLACED

Omniviolence Is Coming and the World Isn’t Ready, by Phil Torres

Emerging bio-, nano-, and cyber-technologies are enabling criminals to target anyone anywhere and, due to democratization, increasingly at scale.Screengrab via The Future of Life Institute/YouTube

In The Future of Violence, Benjamin Wittes and Gabriella Blum discuss a disturbing hypothetical scenario. A lone actor in Nigeria, “home to a great deal of spamming and online fraud activity,” tricks women and teenage girls into downloading malware that enables him to monitor and record their activity, for the purposes of blackmail. The real story involved a California man who the FBI eventually caught and sent to prison for six years, but if he had been elsewhere in the world he might have gotten away with it. Many countries, as Wittes and Blum note, “have neither the will nor the means to monitor cybercrime, prosecute offenders, or extradite suspects to the United States.”

Technology is, in other words, enabling criminals to target anyone anywhere and, due to democratization, increasingly at scale. Emerging bio-, nano-, and cyber-technologies are becoming more and more accessible. The political scientist Daniel Deudney has a word for what can result: “omniviolence.” The ratio of killers to killed, or “K/K ratio,” is falling. For example, computer scientist Stuart Russell has vividly described how a small group of malicious agents might engage in omniviolence: “A very, very small quadcopter, one inch in diameter can carry a one-or two-gram shaped charge,” he says. “You can order them from a drone manufacturer in China. You can program the code to say: ‘Here are thousands of photographs of the kinds of things I want to target.’ A one-gram shaped charge can punch a hole in nine millimeters of steel, so presumably you can also punch a hole in someone’s head. You can fit about three million of those in a semi-tractor-trailer. You can drive up I-95 with three trucks and have 10 million weapons attacking New York City. They don’t have to be very effective, only 5 or 10% of them have to find the target.” Manufacturers will be producing millions of these drones, available for purchase just as with guns now, Russell points out, “except millions of guns don’t matter unless you have a million soldiers. You need only three guys to write the program and launch.” In this scenario, the K/K ratio could be perhaps 3/1,000,000, assuming a 10-percent accuracy and only a single one-gram shaped charge per drone.

END_OF_DOCUMENT_TOKEN_TO_BE_REPLACED

Left and Right Unite Against Speech! by David Cole

Everybody is courageously for free speech as long as they agree with it. From David Cole at takimag.com:

I don’t like being wrong. But every now and then, I find myself ashamed to be right.

Last month I made a prediction. There was a movie being distributed by Universal called The Hunt, and right-wingers were up in arms because they thought the movie “glorified” the murder of rightists. Such a movie is dangerous! It could inspire real-life violence, they wailed as they hiked their skirts and jumped on chairs like women in an Edison Kinetoscope.

The screaming meemies were, of course, wrong. The film was actually a pro-“deplorables” actioner featuring cartoonishly villainous leftists. But Universal bowed to the right-wing mob and pulled the film, and the red-state retards rejoiced in having killed one of the few movies in recent history with a plotline that actually favored them.

END_OF_DOCUMENT_TOKEN_TO_BE_REPLACED 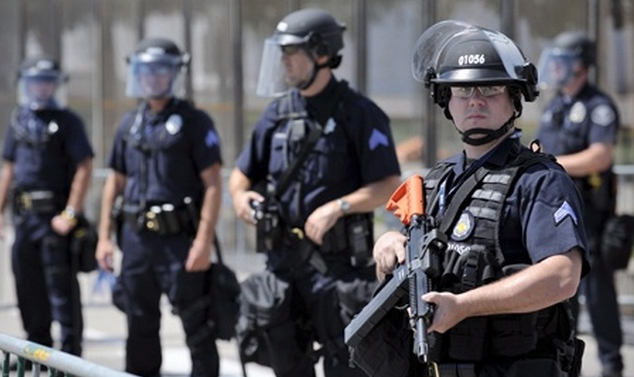 END_OF_DOCUMENT_TOKEN_TO_BE_REPLACED

No Matter Who Wins in 2020, There Will Be Blood, by William L. Gensert

Here’s a refreshingly realistic look at how the US stands today and how it will stand after the election. From William L. Gensert at americanthinker.com:

The machinations of an illiberal left, on display in its ever-increasing violence accompanied by the ululations of a propagandist media in contravention of an imaginary “white supremacist” right, have riven the nation into diametrically opposed camps.

The right will never accept socialism, while the left will accept nothing less.

Those on the left will not allow a Trump victory, even should he win the popular vote and the Electoral College.  They are used to getting what they want and like spoiled brats, have learned that tantrums work.

Should Donald Trump prevail in his bid for a second term, the left will go insane, deploying every “insurance policy” weapon at their disposal to negate four more years of the Orange Man.  What Obama, Comey, and Brennan et al. did to Trump in his first term will seem mild in comparison to what the left is planning should he win.