It’s time for a Trump counteroffensive, but the window won’t be open for long.

Donald Trump’s candidacy posed problems for the government and its string-pullers. It repudiated their rule and vision, especially their foreign policy. Trump threatened a bipartisan consensus based on US global dominance and interventionism they had championed since World War II. He proposed improving relations with Russia and questioned the orthodoxy that had embroiled the US in conflicts across the Middle East and Northern Africa. Perpetual conflict has been the fountainhead for the Deep State’s funding and steady accretion of power.

Trump also posed a more immediate threat. As president, he would have access to troves of information, some of which could reveal skeletons in the establishment’s closet. His Attorney General would have the power to investigate and prosecute. Those dangers may well have been the primary cause of establishment hostility.

However, the powers that be didn’t expect Trump’s victory, one reason their response has been so weak. The FBI, NSA, CIA and the other agencies considered part of the intelligence community (IC), operate in the dark, away from journalistic, public, and political scrutiny. To mount its offensive against Trump, the IC had to emerge from the shadows.

The kind of lies used through the years to preserve “plausible deniability” and deflect potential oversight and investigation have proven too flimsy to stand up to serious scrutiny. Skepticism, probing questions, and debunking did not come from the mainstream media, a reliable Deep State ally, but from the alternative media and Trump’s supporters.

Thanks to Edward Snowden, we know the IC has unlimited access to communications and computer networks. The IC or its corporate partners store these information streams. Before he left office, Barack Obama signed an executive order making it easier for the IC to share this data amongst its agencies. Yet with all this information and potential collaboration, after over a year of allegations and investigations, the IC has produced nothing to substantiate its claim of Russian collusion with the Trump campaign during the election.

As if to highlight this lack of hard evidence, on January 6 of this year an Intelligence Community Assessment, commissioned by Obama, was released purporting to be the consensus view of all 17 US intelligence agencies. It wasn’t, it was the views of a small group of “hand-picked” (phrase used by Director of National Intelligence James Clapper) analysts from the CIA, FBI, and NSA. The 25-page report had neither direct evidence nor proof, only an assessment, “based on collected information, which is often incomplete or fragmentary, as well as logic, argumentation, and precedents.” (The quote is from the assessment.)

Not only was the information “incomplete or fragmentary,” some of it was pure fiction, emanating from Fusion GPS’s Trump Dossier, much of which has been subsequently discredited. That dossier, an attempt to generate “dirt” on Trump, his campaign, and their connections to Russia, was funded by the Democratic National Committee (DNC) and Hillary Clinton’s campaign. In retrospect, that the three agencies would use unverified information from a compromised source as one of the primary bases of its assessment sent a clear message: we’ve got nothing.

Wikileaks obtained and disseminated over 40,000 DNC emails starting July 22, 2016. Many of the emails embarrassed the DNC and Hillary Clinton. It was alleged that Russia had hacked the emails and given them to Wikileaks. It was that allegation that got the ball rolling on the Russian influence story.

It was only a year later that the Veteran Intelligence for Sanity (VIPS) challenged the technical basis for the hacking claim. Forensically examining metadata from the intrusion into the DNC server, the VIPS concluded that the emails could not have been remotely hacked. The DNC data was copied at a speed far exceeding the internet’s capability. It had to have been downloaded on site to an external storage device by someone with physical access to the DNC server. That conclusion has mostly been ignored by the mainstream media but has not been challenged. It completely undermines the Russian hacking allegation, the wellspring of “Russiagate.”

As one Russian influence story wanes, two others wax. The 2010 Uranium One sale to a subsidiary of Russian company Rosatom reeks of impropriety on the part of Russian operatives, Uranium One, the Clintons, the FBI, the Attorney General at the time, Eric Holder, and the Justice Department (see “The Rout Is On,” SLL).

The Fusion GPS Trump Dossier appears to be a grab bag of unsubstantiated allegations compiled by former British Intelligence agent Christopher Steele. He claims they came from contacts developed when he was head of the Russia desk at MI6, British intelligence. (see “How Obama and Hillary Clinton Weaponized the ‘Dossier‘”) Whether they did or not, none of the allegations have been proven true and some have been disproved. The “information” may have actually been Russian disinformation, or lies.

A thread running through these stories is IC involvement and culpability, particularly the FBI. Robert Mueller headed the FBI during the Russian nuclear investigation, which began in 2008. The results of the bureau’s investigation was either not made available to the foreign investment committee or was ignored and the Uranium One sale went through.

Mueller protegé and friend James Comey, former head of the FBI, relied on the Trump dossier to justify extensive investigation and surveillance of Trump’s team before and after the election. He has admitted that it was, in part, the basis of the IC’s January 2017 assessment, although Director of National Intelligence James Clapper issued a statement shortly after it was released stating that the IC had made no determination of its reliability.

Comey’s behavior is part of a larger pattern: he consistently acted to further the political aims of Barack Obama and Hillary Clinton. Well before the FBI had interviewed several key witness in the Hillary Clinton email investigation, including Clinton, he began drafting a statement exonerating her. During the investigation, the FBI gave immunity to key Clinton aides and did not require them to turn over their computers.

After Bill Clinton and Loretta Lynch’s July 27, 2016 meeting on the Phoenix airport tarmac, the FBI was unconcerned with whether or not anything improper had transpired, but was quite concerned with who leaked the meeting to the press. Nine days later, Comey announced his decision not to charge Clinton. The FBI has stonewalled a Judicial Watch Freedom of Information Act request for documents pertaining to that meeting since July of last year. Those documents have now surfaced and reveal the FBI’s investigative focus.

When the DNC claimed that it had been hacked, it denied the FBI access to its computer servers. Despite not having conducting its own investigation of the servers, the FBI and the rest of the IC accepted the conclusion of cybersecurity firm CrowdStrike Inc., hired by the DNC, that the servers had been hacked by two separate hacker groups employed by the Russian government. CrowdStrike was founded by “Russian-born Dmitri Alperovitch, a senior fellow at the NATO-funded, intensely Russophobic Atlantic Council.” Its work was subsequently discredited.

Comey is not the only one who was or remains in the FBI’s upper echelon who have demonstrated clear conflicts of interest. Agent Peter Strzok, changed the description of Clinton’s behavior in Comey’s email exoneration from “grossly negligent,” which carries criminal liability, to “extremely careless,” which does not. He was demoted for anti-Trump text messages to his mistress, also an FBI employee. The FBI, Justice Department, and Robert Mueller were aware of the texts for months and deliberately withheld them from Congress.

Deputy FBI Director Andrew McCabe was involved with the Clinton email investigation. His wife ran for the Virginia state senate and received $700,000 in campaign contributions from political groups aligned with Clinton and Virginia governor Terry McAuliffe. Comey was briefed on those ties and despite the obvious conflict of interest, did nothing.

Robert Mueller’s team is also compromised. Mr. Mueller’s deputy, Andrew Weissmann, was the FBI’s lead on the Trump probe. Many of his attorneys come from Obama’s Department of Justice. Nine of the fifteen publicly identified attorneys are Democratic donors, and several donated to the Clinton campaign in 2016.

Attorney Jeannie Rhee defended the Clinton Foundation against racketeering charges, and represented Clinton personally in the email investigation. Attorney Aaron Zebley represent Justin Cooper, a Clinton aide who helped manager her private server. Weissman emailed former acting Attorney General Sally Yates he was “proud and in awe” of her for her defiance against Trump’s travel ban.

As Kimberley A. Strassel noted in a Wall Street Journal opinion piece: “The question isn’t whether these people are legally allowed (under the Hatch Act) to investigate Mr. Trump—as the left keeps insisting. The question is whether a team of declared Democrats is capable of impartially investigating a Republican president.” (“Obstruction of Congress,” WSJ, 12/8/17)

Michael Flynn’s guilty plea for relatively trivial infractions—which he could and should have avoided simply by saying he didn’t remember what he said—and Hillary Clinton’s exoneration demonstrate a gaping difference in legal standards and rigor of investigation between the FBI’s efforts directed against the Trump and Clinton camps. Flynn’s plea, and the charges lodged against Paul Manafort and two campaign aides, are all, so far, that Robert Mueller has to show for his investigation into Russian collusion with Trump and team during the election.

Flynn’s crimes occurred after the election. Manafort, Trump’s campaign chief for two months, was charged with money laundering, not Russian collusion. The closest Mueller has gotten to anything suggesting such collusion is a guilty plea from George Papadopoulos—a tangential figure in the Trump campaign—to lying to the FBI about contacts with intermediaries purportedly linked to Russian intelligence services.

It’s time for a Trump counteroffensive, but the window won’t be open for long. His lawyers need to compile an extensive brief, detailing all of these damning details and developments. The executive summary would be the case Trump makes to the public. Due to political bias, the FBI’s investigations of Clinton’s emails and the charges of Russian influence have been irretrievably compromised. The bias extends to Robert Mueller’s team of investigators. Mueller never should have been appointed; he was already compromised by the Uranium One matter. Mueller, the FBI, and Obama holdovers in the Justice Department have repeatedly stonewalled and subverted legitimate congressional requests for documents and testimony.

As the Wall Street Journal editorial board has suggested, Mueller should resign. If he doesn’t, Trump should fire him. He should be replaced with someone who has none of the taint that permeates the present investigations. The successor’s investigation should be confined to Mueller’s original mission: investigating alleged Russian collusion with Trump and his team to influence to 2016 election. If, as is likely, nothing is found within six months, wind up the investigation.

Incoming FBI director Christopher Wray must conduct a thorough house-cleaning and refer findings of possible criminal behavior to the Justice Department. The Justice Department itself needs a thorough housecleaning. After which, investigations should be opened or reopened into: Hillary Clinton’s emails, the Clinton Foundation, Uranium One, Fusion GPS, how WikiLeaks obtained the emails it disseminated, and finally, and most importantly, the FBI, rest of the IC, DNC, Hillary Clinton, and Obama administration’s attempt to nullify a presidential election.

This represents the last, best hope to confront and thwart the Deep State. Trump’s performance as president hasn’t been the disaster many predicted, and he’s repeatedly outmaneuvered his opponents. He’s got the winds of a decent economy and strong stock market at his back. If he doesn’t take the initiative while the Deep State is bleeding from its self-inflicted wounds, the opportunity will vanish. If it does, the Deep State will ensure that no unvetted candidate ever gets near the White House again. Its plunder and destruction of the United States will proceed, renewed and unhindered…until its work is done. 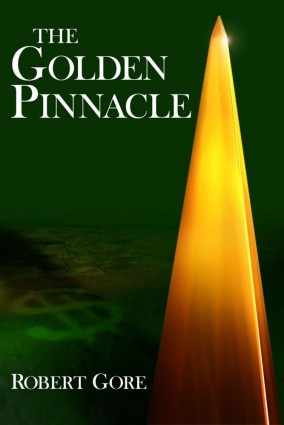 19 responses to “The Last, Best Hope, by Robert Gore”