Some of us expected Covid’s financial pain to be very bad indeed, but that certainly wasn’t the mainstream media line. From Tyler Durden at zerohedge.com:

New findings from a survey by the Robert Wood Johnson Foundation and the Harvard T.H. Chan School of Public Health, published by NPR News on Wednesday, reveal low-income minority households have experienced the most financial hardships in the virus-induced recession. 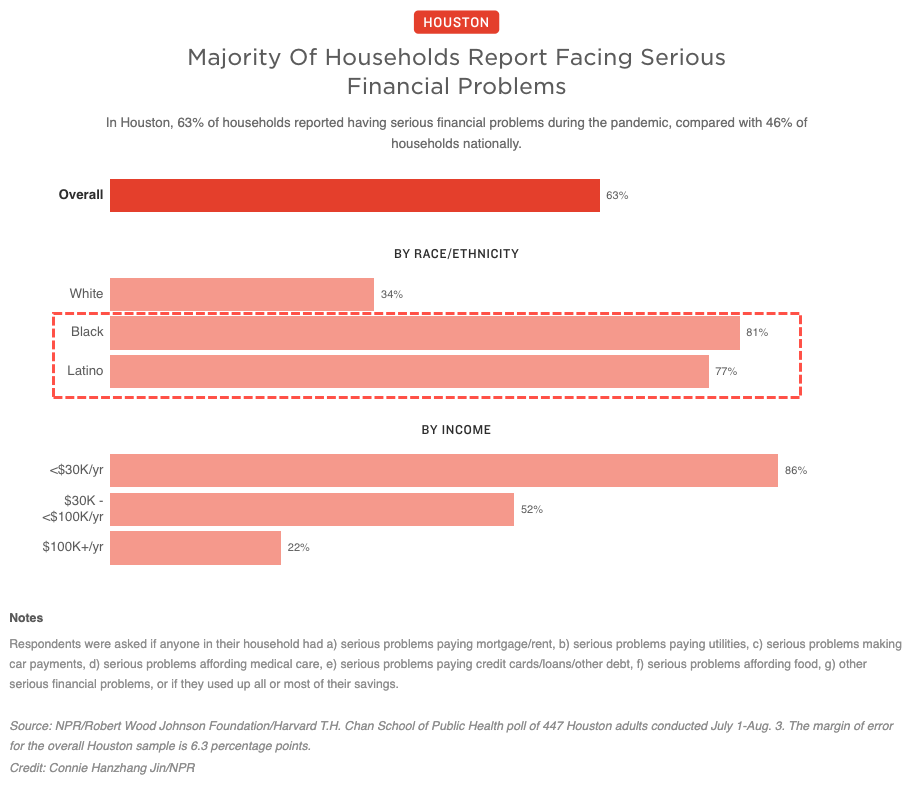