The Making of a Market, by Eric Peters

Where does a state governor get the power to wave a wand and decree that by 2035, there will be no gas powered cars on the roads? From Eric Peters at ericpetersautos.com: 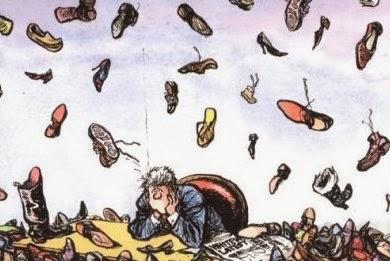 Well, the other shoes has dropped. We now know how a “market” for electric cars will be created.

It will be done by outlawing the market for cars that aren’t electric.

Forbid the sale of Coke and Pepsi!

California Governor (and Gesundheitsfuhrer) Gavin Newsome has simply decreed – via “executive order” – that anything that isn’t “zero emissions” (at the tailpipe) must be “phased out” by 2035. This means only electric cars since they are the only vehicles considered to be “zero “emissions” by the regs – no matter their elsewhere emissions – including the substantial carbon dioxide “emissions” produced by the utility plants that generate the electricity they run on. 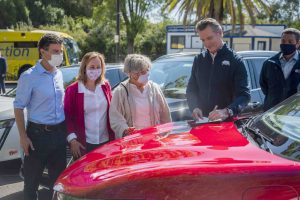 Which there will be more of when the only cars permitted on California roads are electric. But never mind. It feels good – to the Gesundheitsguv – like the wearing of any old rag to “stop the spread” of a virus you haven’t got.

The effects will also be felt a lot sooner than fifteen years from now.

And not just in California, either.

The car companies are going to stop putting R&D money toward cars they can’t sell in California – the biggest market for cars in the country – and toward the ones they’ll be forced to sell.

In other states, too. Because it’s likely at least some will follow California’s lead – having their own Gesundheitsguvs in charge.