Inferno and the “Fourth Circle”. The American Empire and the 2020 Pandemic, by Dr. T. P. Wilkinson

Are oil, armaments, drugs, and the dollars the cornerstones of the American empire? From Dr. T. P. Wilkinson at globalresearch.ca:

In 1973, the world economy was brought almost to a halt by a supposed shortage of oil. The ostensible trigger for this alleged shortage was the so-called Yom Kippur War in which the armed forces of the Anglo-American Empire’s settler-colonial offshore enterprise in Palestine, also known as the State of Israel, repelled the forces of Egypt and Syria, which had moved to reoccupy the territory stolen from them by Israel in the 1967 Six Day War. One response to the Anglo-American Empire’s support of its client state against those states Israel wished to conquer was an oil embargo proclaimed by OPEC, with the largest producer– the autocratic Anglo-American protectorate Saudi Arabia at the lead.

Portrayed in the mainstream Western media as a sign of Arab economic strength– also as anti-Semitism in some quarters– the embargo led to massive economic disruption in all the countries that had to import oil, mainly Europe and its former colonies.

This embargo created the impression of a global oil shortage—which although there was none, could not be overcome without violating the power of the oil cartel. While the OPEC embargo formally restricted the sale of crude oil to Israel’s sponsors, there was no real oil shortage since oil supplies to Europe and the US have always been in the hands of the majors (now super-majors), then known as the “seven sisters”.[1] OPEC’s announcement of an embargo at the well had no impact on the enormous upstream reserves held by the mainly American majors. However it did provide the pretext for massive price increases at the pump– presented as shortage-induced.[2] 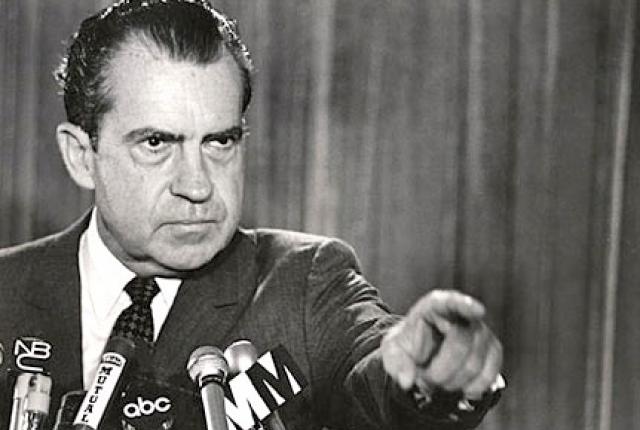 Unnoticed except in the aftermath and ignored generally in popular debate or historical literature was the far more insidious deal made secretly while everyone from Bonn to Boston and Lyon to Los Angeles was queuing for petrol or the dole. In 1971 Richard Nixon had announced that the US dollar would no longer be redeemable for gold– at any price. This decision had been largely induced by the enormous debt incurred funding the US war against Vietnam. In the course of this fateful decision, secret negotiations were undertaken with the Kingdom of Saudi Arabia, which led to an agreement that Saudi Arabia and OPEC would not sell oil in any currency except US dollars. The oil crisis pushed the price of oil to such heights that many countries in Europe and especially the newly independent countries, soon exhausted their foreign exchange reserves and were compelled to borrow US dollars to pay for oil imports. The result was a boom for the US regime, e.g. oil and banking– not its ordinary citizens– as the demand for US currency led to an inflow of foreign exchange and an overall improvement in its current accounts. Meanwhile the US Treasury could literally print dollars to buy oil– when the time was right.

2 responses to “Inferno and the “Fourth Circle”. The American Empire and the 2020 Pandemic, by Dr. T. P. Wilkinson”