The so-called “war” on the coronavirus is not the equivalent of World War II. From Eric Peters at ericpetersautos.com: 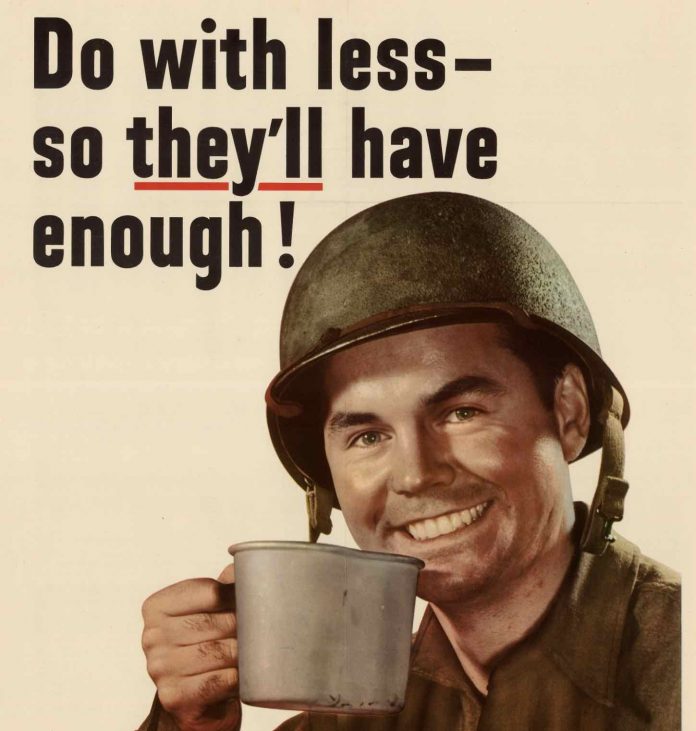 A reader brings up the use of the “we’re at war!” trope being used to justify the  metastasizing medical police state. In a way, it’s true – but in a very different way than it was.

He writes as follows:

I have recently heard comparisons between the “home front” in World War II and the WuFlu situation, saying that just as the wartime generation made sacrifices (rationing, curfews, etc.) that we need to do the same with Face Diapers, bans on gatherings, etc., to “fight” WuFlu. I do see some parallels in propaganda use. I remember seeing a poster online from WW2 that showed a man driving his car and and a “ghost” of Hitler in the seat beside him, with the tag line “When you ride alone, you ride with Hitler!” to encourage car pooling to save fuel and the curtailing of rights such as the internment of Japanese-American citizens. However, I think there’s some significant differences, including:

1) In general, “it’s been done before” doesn’t mean something is right, and is thus a weak moral argument.

2) With the war restrictions, there was an end in sight — once the war ended, the wartime rules were expected to end as well; it wasn’t just open-ended, “whatever we feel like imposing.” 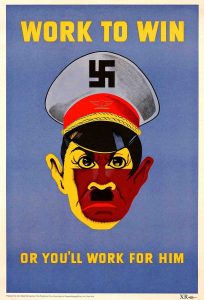 3) Although most Americans supported the war, they wished it over as soon as possible— therefore, good news “from the front” was eagerly awaited and welcomed.  I don’t imagine many people saying. “we’re really winning this war, but let’s pretend we’re losing so we can continue these restrictions indefinitely.” In contrast, as you’ve mentioned in your articles and talks, there’s a certain mean-spiritedness in the diaper-pushers. They absolutely refuse to acknowledge any good news about WuFlu and seem to take a perverse pleasure in how miserable they can make others (through harassment, degradation, stealing of joy by canceling events and traditions, etc.).  Unlike the wartime generation, it’s as if they never want the WuFlu hysteria to end. Have you heard these comparisons of WW2 and WuFlu, and do you feel there are parallels to be drawn between them, or is it comparing apples and oranges?