“Voting irregularities” is a euphemism for cheating. From Tyler Durden at zerohedge.com:

The Trump campaign has requested an emergency injunction in a federal lawsuit aimed at preventing the State of Michigan from certifying the results of last week’s election until election officials can certify that only legally cast, on time, and legally observed ballots are included in the count. The campaign is alleging several types of fraud, misconduct, and invalidated ballots based on a number of reasons – including ‘malfunctioning’ vote counting machines made by Dominion Voting Systems. 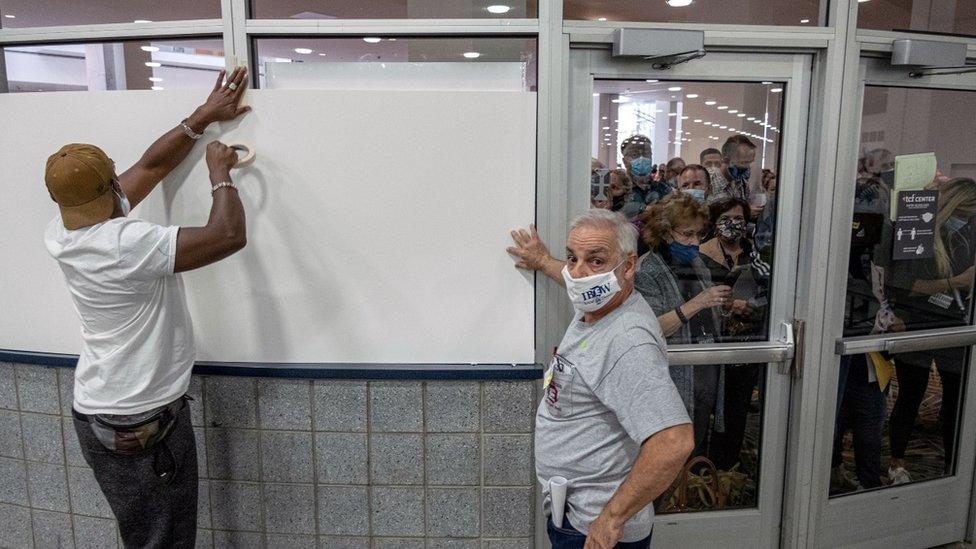 The Tuesday night filing in the US District Court for the Western District of Michigan alleges, among other things, that officials prevented GOP challengers from observing the count, scanned “batches of the same ballots multiple times,” illegally accepted and pre-dated late ballots, including from unmonitored drop boxes, and that election workers illegally duplicated ballots,” according to a statement from the campaign. The lawsuit requeusts that the court toss all ballots not observed by a GOP election challenger who has been “allowed to meaningfully observe the process and the handling and counting of the ballot.”