Give a single inch to the politically correct, cancel culture crowd and they’ll take a mile and never give it back. From Jeff Thomas at internationalman.com: 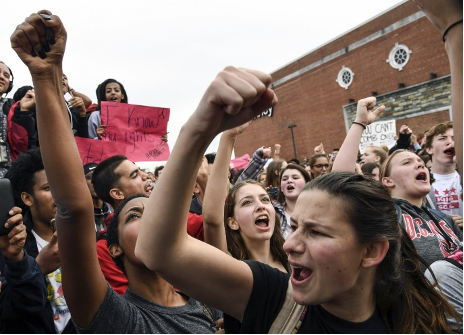 During the Obama administration, comedian Bill Maher attempted to take advantage of the ever-expanding trend of political correctness by referring derisively to the possibility of taking the view of “some white guy.”

Of course, as a proclaimed liberal, his aim was to say to other liberals, “Liberals are slamming those who are Caucasian, and I want you to know that I’m a good liberal, and I’m on your side.”

In the years following the event, he continued in this fashion, but as political correctness caught fire, he found that, far from helping his career, his attempt to placate the PC audience resulted in them turning on him.

He is a comedian, after all, and comedians deal in abstraction in order to tickle the funnybone. Those who are politically correct found him an easy target to pick apart, describing some of his jokes as racist and demanding that he confess to racism and submit to public shaming.

The more he tried to avoid an apology, the more he was castigated. To his credit, he eventually retaliated, calling political correctness a “cancer on progressivism.”

However, when we attempt to pander to groups of people whose raison d’être is to fanatically promote irrational standards, we step onto a slippery slope.

Today nowhere is this truer than in the education system. Educational institutions tend to be havens for adult instructors who do not deal well with the dollars and cents world. Academics have the freedom to imagine utopian concepts without ever having to implement them and thereby determine whether they can actually work. More to the point, they’re in the position to then teach those concepts to youthful minds, which are open to “new” ideas.