If ‘Facebook Is Private’, Why are They Feeding Users’ Private Messages Directly To The FBI? From Matt Agorist

If you’re conducting surveillance for the government on your own customers, are you still a private company? From Matt Agorist at thefreethoughtproject.com: 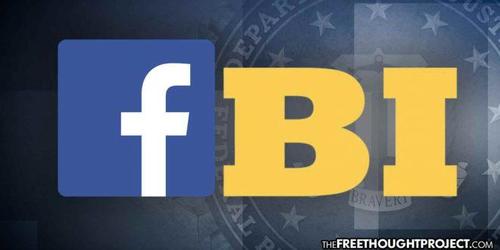 Despite decrying censorship when it was happening to them last year, when Donald Trump was banned from Twitter and Facebook earlier this month, the left praised the move by big tech. “Facebook is a private company and can do what they want,” the pro-censorship hypocritical crowd chanted ad nauseum through the digital ether after bad orange man was silenced. But as we have said time and again, Facebook being private is simply not true.

Now, however, Facebook has made an unscrupulous Faustian bargain with the federal government which should eliminate all doubt once and for all. They are now willfully handing over private messages of Trump supporters who talked about the events at the capitol on January 6.

Google, Apple, and Amazon all moved to wipe the pro-Trump social media network Parler from the internet earlier this month because of what users on the platform discussed. It was alleged that the handful of dolts who stormed the capitol on January 6 had solely used Parler to plan their laughable, unarmed, silly, unsuccessful, and pitiful attempt to keep Trump in the White House.

Despite the ragtag group of Trumpians posing for selfies, photo-ops, and hanging from banisters, the only thing they accomplished was having D.C. turned into a scene akin to North Korea for Biden’s inauguration. Most honest experts in the media have acknowledged that though a few members of the mob thought they were part of some historic coup to keep their leader in power, the idea that they had any real chance at an insurrection was misleading at best and sheer propaganda used to further the domestic police and surveillance state at worst.