Unsound Banking: Why Most of the World’s Banks Are Headed for Collapse, by Doug Casey

You might want to read this article because the global financial system is about to collapse and after reading it you’ll at least know why. From Doug Casey at internationalman.com: 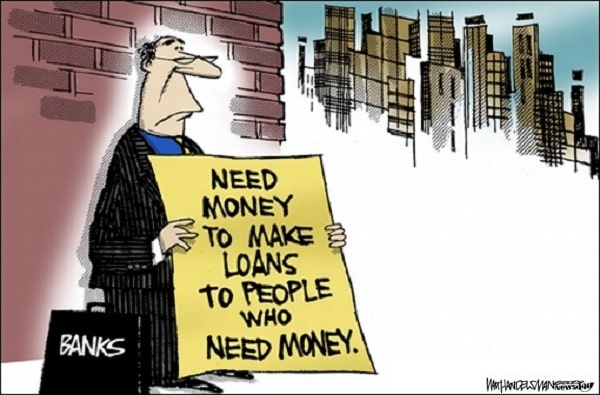 You’re likely thinking that a discussion of “sound banking” will be a bit boring. Well, banking should be boring. And we’re sure officials at central banks all over the world today—many of whom have trouble sleeping—wish it were.

This brief article will explain why the world’s banking system is unsound, and what differentiates a sound from an unsound bank. I suspect not one person in 1,000 actually understands the difference. As a result, the world’s economy is now based upon unsound banks dealing in unsound currencies. Both have degenerated considerably from their origins.

Modern banking emerged from the goldsmithing trade of the Middle Ages. Being a goldsmith required a working inventory of precious metal, and managing that inventory profitably required expertise in buying and selling metal and storing it securely. Those capacities segued easily into the business of lending and borrowing gold, which is to say the business of lending and borrowing money.

Most people today are only dimly aware that until the early 1930s, gold coins were used in everyday commerce by the general public. In addition, gold backed most national currencies at a fixed rate of convertibility. Banks were just another business—nothing special. They were distinguished from other enterprises only by the fact they stored, lent, and borrowed gold coins, not as a sideline but as a primary business. Bankers had become goldsmiths without the hammers.

2 responses to “Unsound Banking: Why Most of the World’s Banks Are Headed for Collapse, by Doug Casey”