Wu Flu vs. the Spanish Flu? by Eric Peters

Aside the rights of each individual in a group, a group itself has no rights. From Eric Peters at ericpetersautos.com: 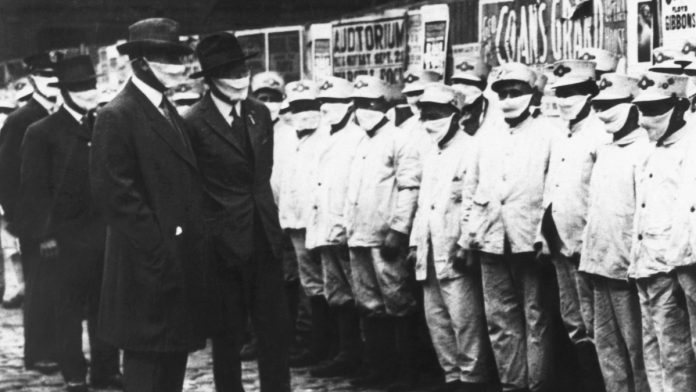 A reader asks about comparisons being made between WuFlu and the 1918 Spanish Flu and specifically whether the precedent set then is legitimately applicable today.

I am on a trivia email list that puts out a little “on this date” article each day and yesterday (March 4) marked the date in 1918 when the first “Spanish flu” cases were reported; so the article was facts about that pandemic.

It noted that in 1918 Americans social distanced, wore masks and schools and businesses were closed for months at a time, just like today. I see some issues with the comparison though; firstly that the demographic of the deaths and serious illnesses were quite different (Spanish flu affected young adults much more than WuFlu has) and also that medical care wasn’t nearly as equipped to treat symptoms a century ago as they are today and many deaths from the Spanish flu were due to misdiagnosis and improper treatment by doctors. I’ve noticed many in the media want to shoehorn WuFlu into the Spanish flu – “It’s 1918 all over again!” Do you believe there is a historical basis for such a comparison and what in your view would be a libertarian response to a pandemic the scale of the Spanish flu (if any different from the views toward WuFlu edicts)?

Because there is no collective – other than as a rhetorical device.