That many University of Chicago academics refuse to acknowledge the crime wave engulfing Chicago gives new meaning to the term “ivory tower.” From Revolver at revolver.news:

The latest tragic victim of Chicago’s third-world crime surge is a young Computer Science major at the University of Chicago. His name was Max Lewis, and he had his whole life ahead of him until a stray bullet barreled through his neck while he was riding Chicago Metro’s Green Line, just blocks from former President Obama’s Hyde Park Home. From the Daily Mail:

A 20-year-old University of Chicago student was killed by a stray bullet while riding in a subway train on his way home from his prestigious summer internship at an investment firm in a downtown neighborhood.

Max Lewis, a rising junior at the university, was seated on a CTA Green Line train at around 6.30pm on July 1 when the bullet flew through a window and struck him in the back of the neck.

According to the description of a GoFundMe campaign, the train was stopped at the 51st Street/Washington Park station at the time of the shooting.

Lewis was rushed to the University of Chicago Medical Center, where he was taken off life support on the Fourth of July. 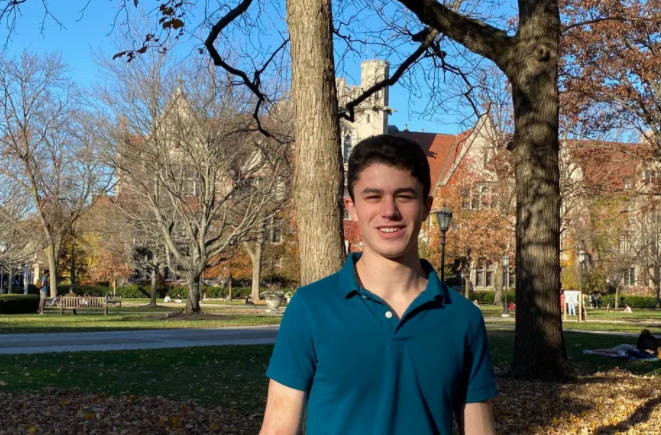 Chicago has already seen nearly 400 murders in 2021. There were 20 Windy City murders over the Fourth of July weekend alone, and that’s not even counting the killing of Lewis, who was shot on Thursday.

Remarkably, Lewis isn’t even the first UChicago student to be murdered this year. In January, spree killer Jason Nightengale murdered Ph.D student Yiran Fan along with four others in a spree that stretched from the South Side up to Evanston.