They talk the talk but do they walk the walk? From Tyler Durden at zerohedge.com:

Rich liberal Californians may talk a big game – driving their (coal powered) Teslas to various ‘green’ charity events where they try to one-up each other over who’s got the smallest carbon footprint.

But when it comes to actually ‘going green’ – there are limits. Big ones. 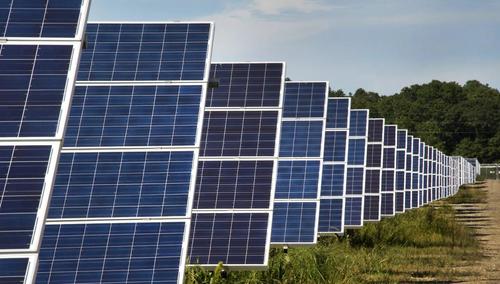 For example, via Bloomberg:

Like many who live in this pastoral valley near Livermore, Calif., Chris O’Brien is a believer in renewable energy. The 61-year old logistics business owner outfitted his barn with solar panels that power his 50-acre ranch where he grows oat hay, raises horses and grazes cattle.

“Everyone here is in favor of green energy,” O’Brien said.

But that support has its limits. When he learned of plans to build a giant solar farm next door to his property—the kind of project that would help meet the state’s clean energy goals—O’Brien decided he had to fight it. It was exactly the sort of thing that would spoil the rural landscape that he says should be protected by a local anti-development measure.

“It would be a sea of glass,” said O’Brien. “It disturbs the environment.”

O’Brien is part of a cadre of ranchers, farmers and ‘environmentalists’ opposing what would be the largest solar plant in the Bay Area – a clash which Bloomberg notes ‘offers a preview of potential disputes that could slow the ambitious push by California and the Biden Administration to develop clean energy to combat climate  change.’

The NorCal NIMBYs have banded together to oppose the Aramis Renewable Energy Project – which would cover around 350 acres of private pastureland with over 300 eight-foot-high solar panels which can generate 100 megawatts of carbon-free electricity. The installation, developed by Intersect Power, would be enough to power 25,000 homes every year. The proposed site – located around 50 miles east of San Francisco, also includes battery energy storage.

This entry was posted in Energy, Environment, Government, Politics, Propaganda and tagged California, Hypocrisy, Liberals, Not In My Back Yard. Bookmark the permalink.