In a massively over-indebted and interconnected world, financial collapse can spread like wildfire. The Chinese property sector may be the beginning of the conflagration. From James Rickard at dailyreckoning.com: 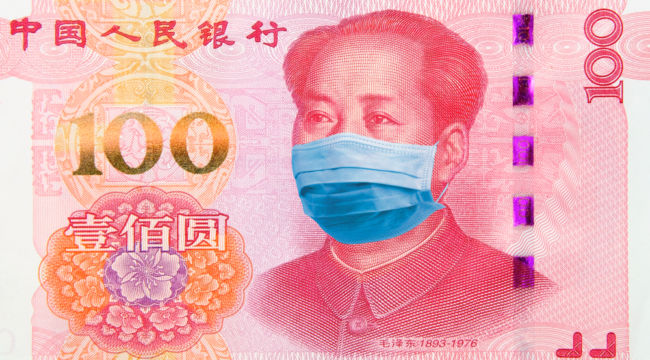 There has been a litany of bad news recently, including the U.S. August humiliation in Afghanistan, China’s aggressive actions against Taiwan and increased tensions with Iran, North Korea and Russia.

It will take the U.S. years, possibly decades, to recover from the debacle of August 2021 and the collapse of American prestige. All of these geopolitical events combine to undermine confidence in U.S. power.

When that happens, a loss of confidence in the U.S. dollar is not far behind.

And, perhaps most importantly of all recent bad news, is a market meltdown and slowing growth in China.

I’ve long advised my readers that the Chinese wealth management product (WMP) system is the greatest Ponzi in the history of the world. Retail investors are led to believe that WMPs are like bank deposits and are backed by the bank that sells them. They’re not.

They’re actually unsecured units in blind pools that can be invested in anything the pool manager wants.

Most WMP funds have been invested in the real estate sector. This has led to asset bubbles in real estate (at best) and wasted developments that cannot cover their costs (at worst). When investors wanted their money back, the sponsor would simply sell more WMPs and use the money to pay back the redeeming investors.

That’s what gave the product its Ponzi characteristic.

The total amount invested in WMPs is now in the trillions of dollars used to finance thousands of projects sponsored by hundreds of major developers. Chinese investors are all-in with WMPs.

Now the entire edifice is collapsing as I predicted it would.

The largest property developer in China, Evergrande, is quickly headed for bankruptcy. That’s a multibillion-dollar fiasco on its own. Evergrande losses will arise in WMPs, corporate debt, unpaid contractor bills, equity markets and unfinished housing projects.

China’s entire property and financial system is on the verge of a world-historic crack-up. And it won’t remain limited to China.

It comes back to contagion.

One response to “Contagion! By James Rickards”