Noam Chomsky Goes Off The Deep End – Proving That All Socialism Leads To Tyranny, by Brandon Smith

Any political philosophy founded on the belief that some should be able to exercise coercive force on the rest will inevitably lead to tyranny. From Brandon Smith at alt-market.us: 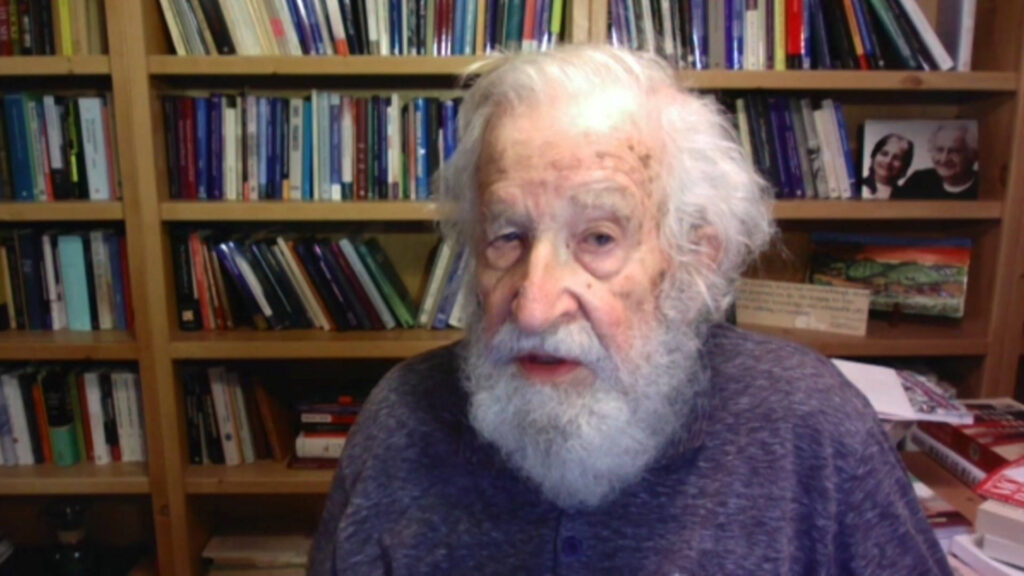 I was recently watching a new interview with 92-year-old Noam Chomsky, a figure of general worship among leftist academics, and I began reminiscing about the first time I read the book ‘Manufacturing Consent’. Though I have never agreed with Chomsky’s politics I have always appreciated his analysis on the methods the establishment uses to control mass psychology and silence popular discourse. I have long felt that this was an area where the political left and conservatives might intersect in our views and find common ground. This is why I felt an extra dose of disappointment when I witnessed Chomsky go off the deep end this week and suggest that people who refuse to comply with vaccine mandates need to be ostracized from society.

Chomsky compared people who don’t comply with the vaccines to people who don’t comply with traffic lights, suggesting we pose an imminent danger to others and that we should be removed. When asked how unvaxxed people forced out of the economy could be fed (how would they survive), he asserted “that is their problem.” Chomsky does not explicitly say that force should be used to eliminate the unvaxxed from social participation, he merely insinuates that “actions” might be required to get the desired effect.

I was around 20 years of age back in 2001 when I first read Manufacturing Consent. I was young and not fully aware at the time of a basic function of the political left and socialism that is vital to understand: Many people claim there is a “spectrum” of political beliefs on the left and that there are those that support socialism or centralization while also supporting freedom, but this is simply not so. At the core of their ideology freedom has no home, and when pressed on where they truly stand every socialist WILL eventually support tyranny as a means to achieve their Utopian vision of society.