“Health Should Not Be Political”: Packers’ Aaron Rodgers Deflects Hysteria About Being Unvaccinated In Lengthy Interview, by Tyler Durden

Slowly but surely individuals are breaking from the celebrity chorus singing the approved song about Covid and its vaccines. Their discordant notes have an impact. Go Packers! From Tyler Durden at zerohedge.com:

The Green Bay Packers’ Aaron Rodgers tested positive for Covid and revealed to the world he was unvaccinated this week, despite previously leading on that he had been immunized.

Rodgers, who appeared on the Pat McAfee show to talk about his decision to not get vaccinated, said he was already feeling better and that he was following the same path for treatment that got Joe Rogan better within days: monoclonal antibodies, vitamins and ivermectin.

“I realize I’m in the crosshairs of the woke mob right now so before my final nail gets put in my cancel culture casket, I’d like to set the record straight on so many of the blatant lies out there,” he says at the onset of defending himself.

Rodgers started the interview by saying that right off the bat, after speaking to experts, he knew two vaccines were going to be off the table for him since he’s allergic to an ingredient in the mRNA vaccines.

“Much like the study I put into hosting Jeopardy, I met with a lot of people to get the most information about all the vaccines,” Rodgers told Pat McAfee. 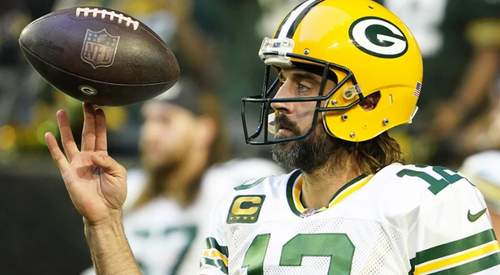 From there he goes on to explain that the JNJ vaccine wound up in the news for clotting issues around the time he would have needed to make the decision to get vaccinated, so he didn’t take it. He also notes that he followed protocol for unvaccinated players and tested every single day.

One response to ““Health Should Not Be Political”: Packers’ Aaron Rodgers Deflects Hysteria About Being Unvaccinated In Lengthy Interview, by Tyler Durden”