Athlete Deaths are 1700% higher than expected since COVID Vaccine roll-out, by The Exposé

Most years prior to 2021, young, well-conditioned athletes didn’t just collapse on the field or gym or drop dead en massse. From The Exposé at expose-news.com:

An investigation of official statistics has found that the number of athletes who have died since the beginning of 2021 has risen exponentially compared to the yearly number of deaths of athletes officially recorded between 1966 and 2004.

According to a scientific study conducted by the ‘Division of Pediatric Cardiology, University Hospital of Lausanne, Lausanne, Switzerland which was published in 2006, between the years 1966 and 2004 there were 1,101 sudden deaths among athletes under the age of 35.

Reality Can Not Be Canceled, by Good Citizen

How would you like it if somebody told you that you couldn’t pursue your chosen profession because of the policies of your government. No, I’m not talking about farmers and the nitrogen policies of the Dutch and Canadian governments, but rather a tennis player and the policy of the British government. From Good Citizen at thegoodcitizen.substack.com:

Reality always has a way of catching up to western intelligence-media-complex propaganda and its programming diktats. Those who allow themselves to be assimilated to these borgs will inevitably face a brutal reckoning of truth and the consequences that come from its dedicated subversion.

The end result is mass mental short-circuiting, a collective fog of confusion and discomfort that forces disciples to begin the long exhaustive process of rewiring what they allowed to malfunction by outsourcing their thinking to the crowd and the social engineers entrusted with its formation. By the time they glimpse any success in attempting to reconnect to reality, chances are they’ve already outsourced their brains to a new borg created by behavioral managers to ensure the truth is continuously out of reach.

The truth is that no matter how hard the west attempts the cowardly and shameful process of trying to erase a nation of 145 million people, reality asserts that Russia can not be canceled.

The politicization of everything in the hypocritical west required Russian tennis players to be banned from playing this year on Wimbledon’s perfectly manicured lawn tennis courts by a committee of stuffy tennis mid-wits in pressed khakis and polos.

More strange events: athletes dropping, hepatitis in kids, severe dengue in Brazil: is it the vax? By Steve Kirsch

Just a coincidence, I’m sure. From Steve Kirsh at stevekirsch.substack.com:

If you know how to use VAERS, the connection between the COVID vaccines and these events is obvious. But if you are a mainstream doctor and you trust the CDC, it’s a mystery.

The articles on the athlete collapses point the finger at the vaccine.

What does VAERS say? It says that the average # of reports for hepatitis in a year is around 8 cases. In 2021, for just the COVID vaccine, there were 304.

It’s amazing that they’re trying to sweep this under the rug, what with athletes collapsing in front of millions of TV viewers, but they are indeed trying. From Rhonda Wilson at dailyexpose.uk:

A total of 15 players were unable to finish the Miami Open 2022 tennis tournament, including the male and female favourites.  All of the players must be “fully vaccinated” to compete, the Liberty Daily wrote, “just as we’ve noted for several months, most major sports have been hit with ‘inexplicable’ medical conditions popping up in young and otherwise healthy athletes, including our report that three cyclists fell in March alone.”

The so-called health professionals running the Covid “vaccine” programs around the world keep repeating that “the Covid vaccine is a normal vaccine and it is safe and effective.”  But as of the end of last month, Good Sciencing has recorded 833 athletes, worldwide, who have had cardiac arrests or other serious issues, with 540 dead, post-Covid injection.

Insanity: letting the WHO take over global healthcare; putting someone who says vaccines have serious side effects in a psychiatric hospital, and 15 tennis players withdrawing from a tournament for health reasons, most probably reactions to Covid vaccines. From Steve Kirsch at stevekirsch.substack.com:

WHO will assume total control of future pandemics. Medical doctor was forced to spend 25 days in a psych hospital because he said vaccines were unsafe. 15 players exit Miami Open tennis tournament.

Before I get into the insanity parts, I do have two pieces of good news:

Insane news item #1: US government to cede control to WHO for future pandemics. This is not a joke.

OK, now the insane news. The US government is about to hand over the keys to the pandemic response to the goofballs at the WHO. The WHO, as we all remember, did not spend a dime on the fastest, safest, and cheapest way to end the pandemic: using repurposed drugs. Even today, they can’t seem to figure out that there are dozens of proven early treatment protocols that save lives. They are corrupt. So why would world governments want to give them the power to exclusively coordinate the pandemic response for the next pandemic?

Tennis world shocked after scores of players drop out of Miami Open, by Free West Media

It used to be big news if one tennis player dropped out of a tournament. Fifteen players have withdrawn from the Miami Open and the mainstream media is trying to either ignore it or pretend it has nothing to do with Covid vaccines. From Free West Media at freewestmedia.com:

Fans have been stunned by the number of drop-outs at the Miami Open Tennis Tournament. Hard Rock Stadium in Miami Gardens, Florida, US. Photo supplie

Fifteen players have already dropped out of the Miami Open, an unprecedented number for a major sports event.

The tennis world reacted with shock after favorites Paula Badosa and Jannik Sinner had to retire during the quarterfinals of the Miami Open. Badosa, soon to be the number three in the world, became unwell during her match against Jessica Pegula and left the court in tears.

Badosa, who was comforted by her American opponent, decided to stop after consultation with her physiotherapist. Pegula reached the semifinals of the Miami tennis tournament for the first time in her career after Badosa’s resignation, reported Yahoo Sports.

In the men’s tournament, the Italian phenomenon Jannik Sinner was forced to withdraw. He gave up after 22 minutes in the game against Francisco Cerundolo, the number 103 in the world ranking. “When I served at 3-1 and 30-0, I saw him bend over. It was very strange,” Cerundolo said during an interview. “I hope he’s okay, he’s a great player.”

The 23-year-old Argentinian surprisingly reached the semifinals with his first participation in the master tournament in Miami.

Trans Women Are Men And Pretending Otherwise Is Cultural Insanity, by Brandon Smith 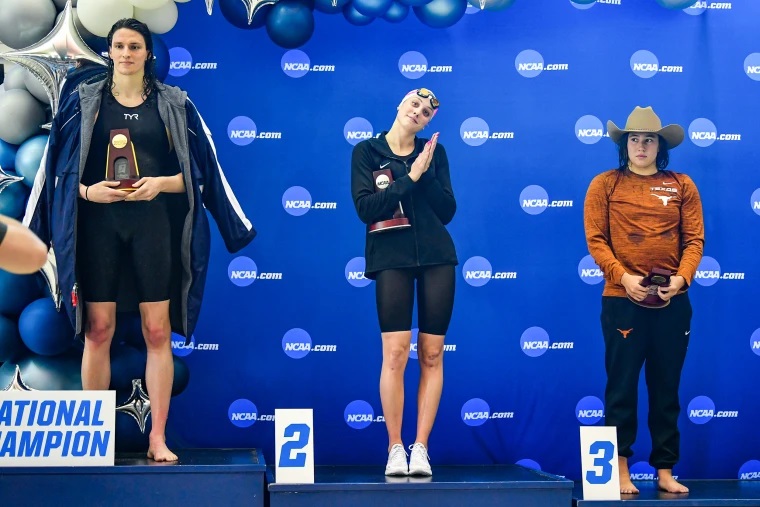 Let’s get a few points out of the way before anything else is said: There is ZERO scientific evidence to support the notion of gender self identification. There is ZERO scientific evidence to support the claim that gender is merely a social construct. There is more evidence that biology determines gender behaviors and manhood and womanhood are inborn psychological constructs. The vast majority of people develop gender associations directly in line with their biology. Men act like men, women act like women, and these behaviors have been established as biological fact from the beginning of recorded history.

Men and women are biologically different in many respects, even down to how our brains function. Biological sex and gender related behavior are based mostly in nature, not mostly in environment. However, the gender identity religion has deemed these concepts a form of bigotry. The situation has become so unhinged that leftists are now referring to real women as “bleeders” or “people who menstruate,” as if this is the only biological difference between them and trans women. 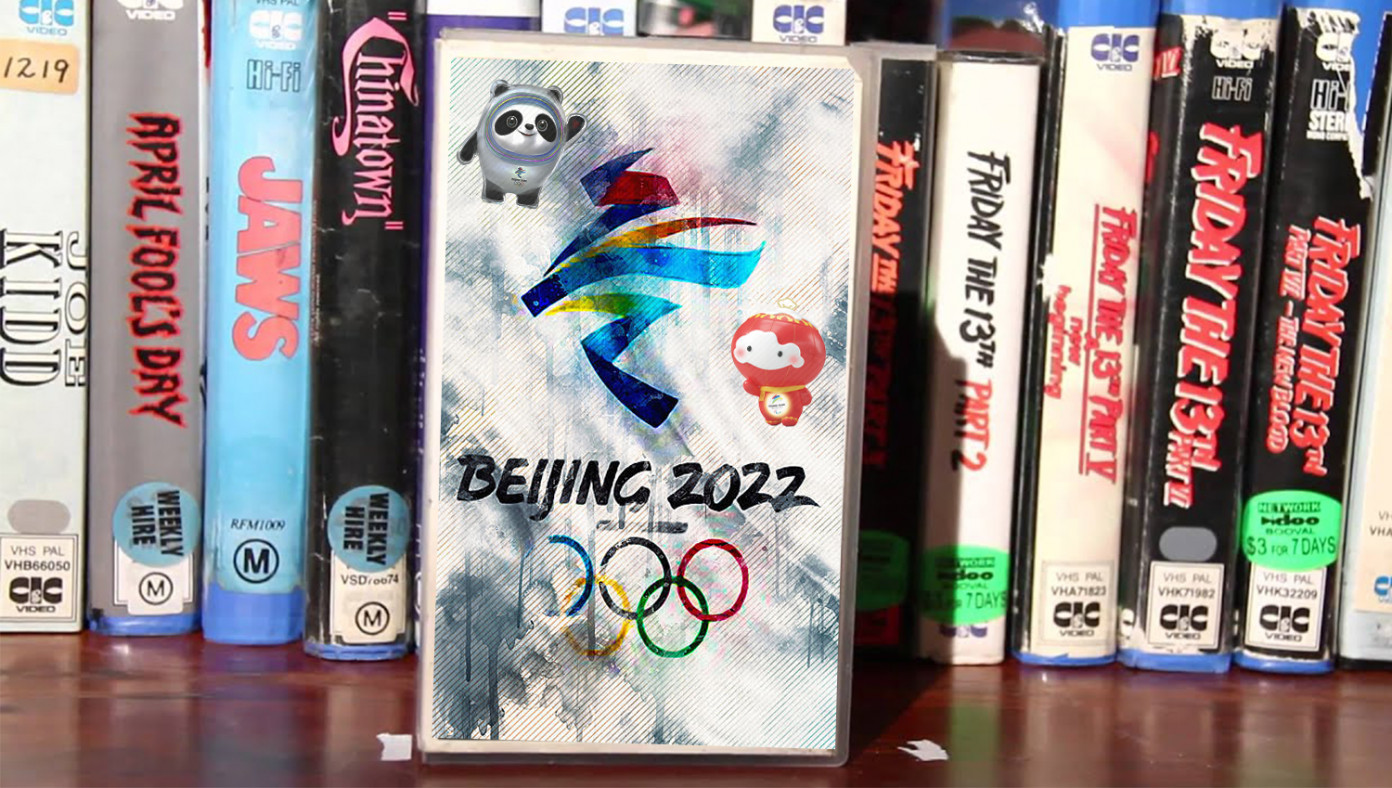 “This plan to send the 2022 Olympics straight to VHS should not be misinterpreted as a sign of failure,” said NBC spokesman Corbyn Wormshanger to a couple of bloggers who accidentally dialed into the Zoom press conference. “While these Olympics were super popular, it’s just that we reached out to streaming services, DVD distributors, and the like, and they all seemed to have, um, scheduling conflicts.”

Wormshanger again reiterated the enormous success of these Olympics, citing the transparent graciousness of the genocide-free host nation, beautifully empty arenas, picturesque nuclear cooling towers, silly doping scandals, and sponsors who spent millions to produce woke commercials for no one to see.

The NBC spokesman ended the call with the “great” news that the Winter 2022 Olympics VHS will include a bonus feature-length documentary (narrated by LeBron James), on the majesty, power, and democratic ideals of China.

Update: Winter 2022 Olympics VHS tapes are now available for free from the dumpsters behind your local K-Mart.

Kyle Rittenhouse To Sue Whoopi Goldberg, Other ‘Celebrities, Politicians And Athletes’ For Calling Him A Murderer, by Tyler Durden

The best bet is that all these suits are settled for large sums of money out of court. From Tyler Durden at zerohedge.com:

Kyle Rittenhouse, who was acquitted of all charges stemming from an August 2020 shooting in Kenosha, Wisconsin, plans to sue a spate of celebrities, athletes and organizations for calling him a ‘murderer.’ 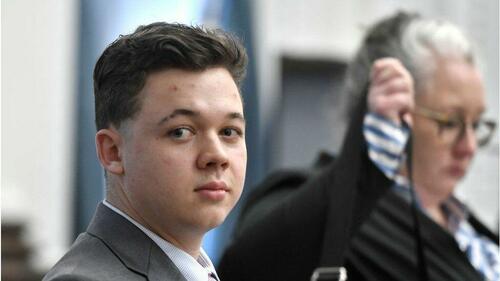 Rittenhouse, who killed two men and wounded a third in self-defense after being pursued during an anti-police protest, told Fox News’ Tucker Carlson that he wants to hold major media and entertainment figures accountable – starting with talk show host Whoopie Goldberg.

“We are looking at quite a few politicians, celebrities, athletes, Whoopi Goldberg is on the list. She called me a murderer after I was acquitted by a jury of my peers. She went on to still say that, and there’s others,” said Rittenhouse, adding that Cenk Uygur of the Young Turks ‘continues to call me a murderer.’

TUCKER: "Will you be suing any news organizations?"

KYLE RITTENHOUSE: "We're looking at quite a few, politicians, athletes, celebrities, Whoppi Goldberg is on the list, she called me a murderer after I was acquitted… So is Cenk [Uyhur] from the Young Turks." pic.twitter.com/MULZf38Vkf 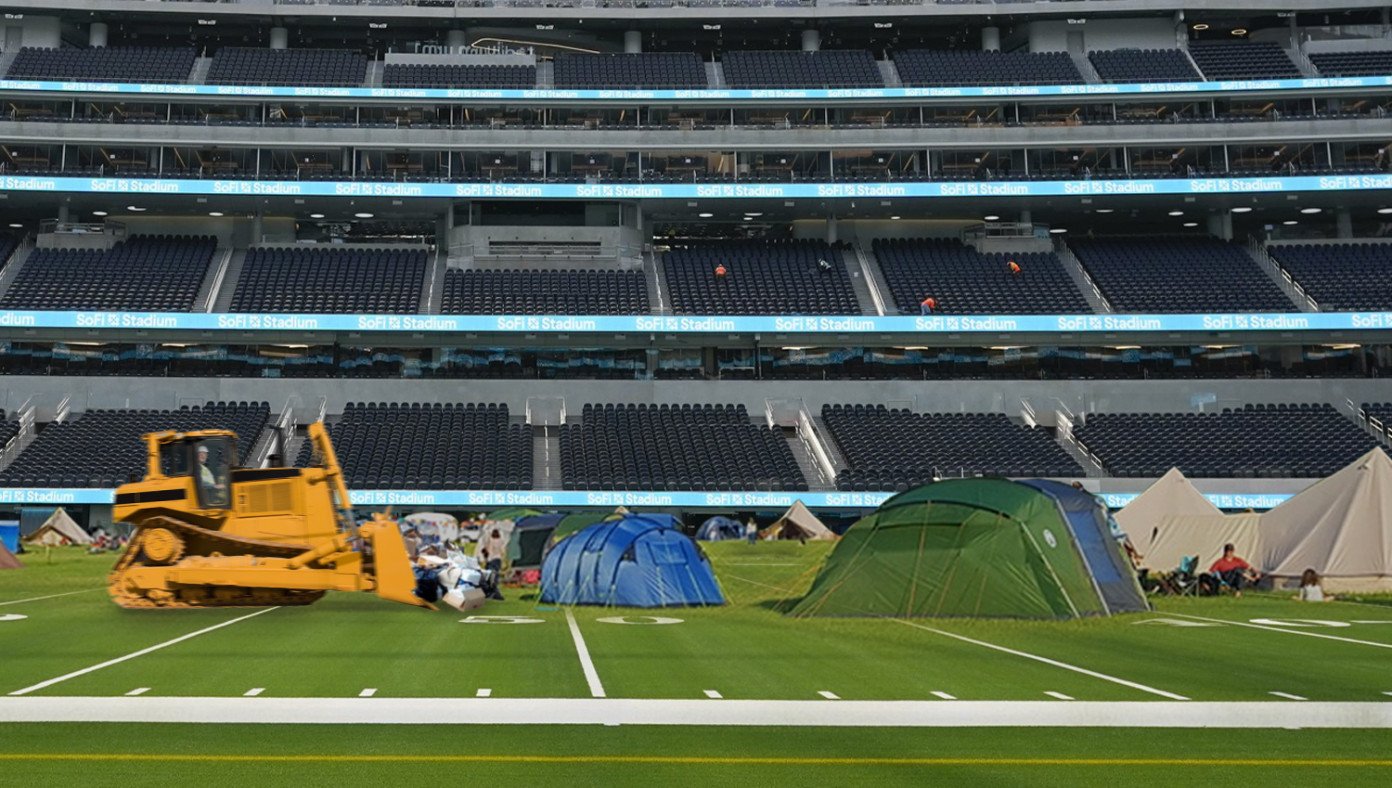 LOS ANGELES, CA—Tonight’s Super Bowl event has been temporarily delayed so LA authorities can clear out a homeless encampment that sprung up overnight on the 50-yard line.

“Unfortunately, we may have to delay the game by 30 or 40 minutes,” said a maskless Mayor Eric Garcetti while trying to hold his breath as a big yellow bulldozer demolished a row of tents behind him.  “Everything’s fine. Nothing to see here! LA is a wonderful place to live!”

Some experts claim that the homelessness epidemic in LA is due to crushing government policies that drive up the cost of living and make owning a home impossible for anyone making less than $12 million per year. Other experts have condemned those first experts as “homelessphobes.”

After being cleared from the stadium, the homeless crowd will be relocated to an encampment out of sight and out of mind, at least until the big game is over.