Sound money is a currency freely convertible into gold and silver at set exchange rates. It’s a monetary straight jacket that keeps the government reasonably honest (at least compared to fiat money systems). From Alasdair Macleod at goldmoney.com:

With the threat of dollar hyperinflation now becoming a reality it is time to consider what will be required to stabilise the currency, and by extension the other fiat currencies which regard the dollar as their reserve.

This article takes its cue from Ludwig von Mises’s 1952 analysis of what was required to return to a proper and enduring gold standard —metallic money, particularly gold, having been sound money for thousands of years, to which everyone has always returned when government fiat currency fails.

When Mises wrote his 1952 article the dollar was nowhere near the state it is in today. But Mises had had practical experience of what was involved, having advised the Austrian government during and after its hyperinflation of the early 1920s, making his analysis doubly relevant.

As a remedy for the developing collapse of the dollar, this article can do little more than address the major issues. But it shows how an economic and monetary collapse of the dollar can be turned to advantage — the opportunity it creates through the destruction of Keynesian and other inflationist fallacies to secure long-term economic and monetary stability under which economic progress can be maximised.

There are two charts which sum up why the dollar and fiat currencies tied to it will collapse if current monetary policies persist, shown in Figure 1. 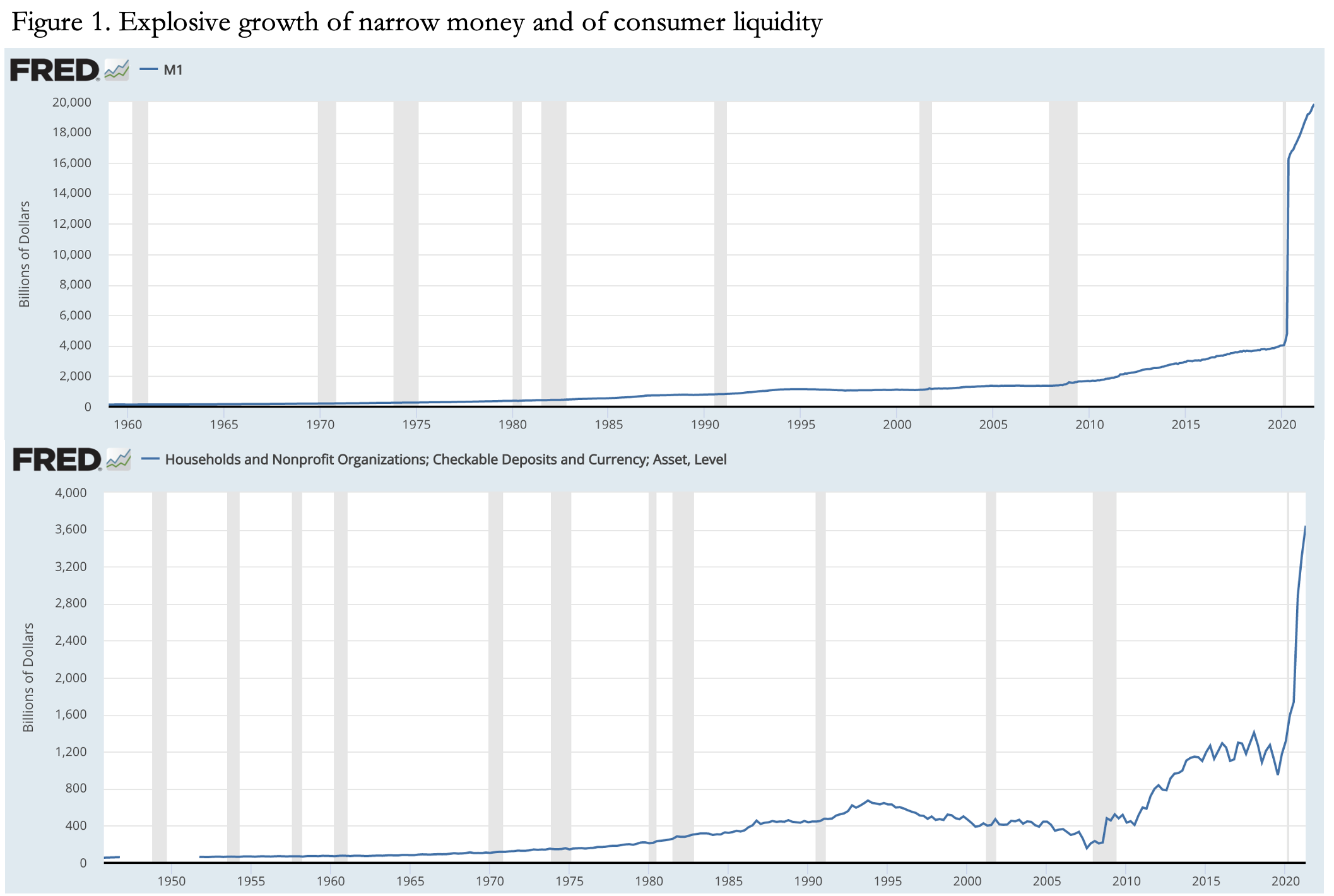 The growth in the M1 quantity since February 2020 has been without precedent exploding from $4 trillion, already an historically high level, to nearly $20 trillion this September. That is an average annualised M1 inflation of 230%. It is simply currency debasement and has yet to impact on prices fully. Much of the increase has gone into the financial sector through quantitative easing, so its progress into the non-financial economy and the effects on consumer prices are delayed — but only delayed — as it will increasingly undermine the dollar’s purchasing power.