People who can’t afford $5 per gallon gas probably can’t afford the Biden administration’s suggested substitute: an expensive new electric car. What do you expect from an administration stacked with clueless nobodies like Pete Buttigieg? From Eric Peters at ericpetersautos.com: 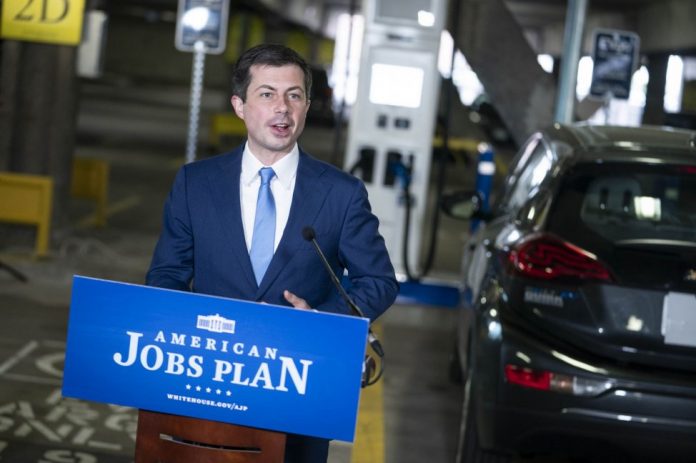 Once upon a time – it wasn’t all that long ago – the Democrat Party was at least nominally a populist party, ostensibly opposed to politics of the elites, which the GOP was said to represent. Is there a better measure of how these roles have reversed than the pushing of electric cars by Democratic elitists such as the Biden Thing’s secretary of transportation, Pete Buttigieg?

He glibly advises average Americans who are having a time paying $3.40 for a gallon of gas that cost them $2.20 just before he and the Biden Thing took over the apparatus of government from a Republican to deal with it by getting rid of their gas-burning car in favor of an electric car.

“They will never have to worry about gas prices again,” he says.

The problem there, of course, is that electric cars cost even more than it costs to fuel a not-electric car at $3.40 per gallon.

The least pricey of them – none being affordable – sticker for around $35,000 to start and that’s for the version with the weak battery that can travel maybe 150 miles before its battery is out of charge and will require waiting at least half an hour or longer to recover any significant charge. If you need a car that can travel more than that before it travels no more, the price rises to $40k or more – and this doesn’t include the wiring upgrades needed at home in order to be able to charge up in less than overnight.

Nor does it factor in the future cost of replacing the battery when it inevitably loses its capacity to be recharged.

These costs are of course insignificant if you are plugged in  . . . to the pockets of prostrate people, forced to hand over a large portion of their earnings so that you can take in a six-figure government salary, as Buttigieg does.

He might as well say it. He certainly thinks it. The callous contempt – or is it merely obliviousness? – the Secretary Thing shows for the situation he and his have placed average Americans in is nothing less than astounding.