Victor Davis Hanson: Who Are The Real Insurrectionists?

It is the Democrats who are upending law and civil order. From Victor Davis Hanson at zerohedge.com:

Recently, Democrats have been despondent over President Joe Biden’s sinking poll numbers. His policies on the economy, energy, foreign policy, the border, and COVID-19 all have lost majority support.

As a result, the left now variously alleges that either in 2022, when they expect to lose the Congress, or in 2024, when they fear losing the presidency, Republicans will “destroy democracy” or stage a coup. 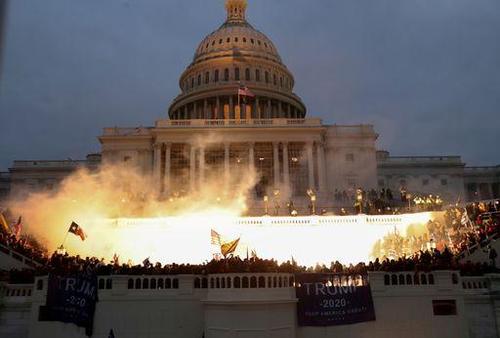 A cynic might suggest that they praise democracy when they get elected, only to claim it is broken when they lose.

Or they hope to avoid their defeat by trying to terrify the electorate. Or they mask their own revolutionary propensities by projecting them onto their opponents.

After all, who is trying to federalize election laws in national elections contrary to the spirit of the Constitution? Who wishes to repeal or circumvent the Electoral College? Who wishes to destroy the more than 180-year-old Senate filibuster, the over 150-year-old nine-justice Supreme Court, and the more than 60-year-old, 50-state union?

Who is attacking the founding constitutional idea of two senators per state?

The Constitution also clearly states that “When the President of the United States is tried, the Chief Justice shall preside.” Who slammed through the impeachment of former president Donald Trump without a presiding chief justice?