Stockman: The Fed Is Not Fixing The Problem

The Fed cannot fix the enormous problem of monetary inflation it created without throwing the American and probably the global economy into a depression. From David Stockman at zerohedge.com:

The 10-year UST yield has crossed the 3% mark. So you’d think this was a sign that a modicum of rationality is returning to the bond bits. 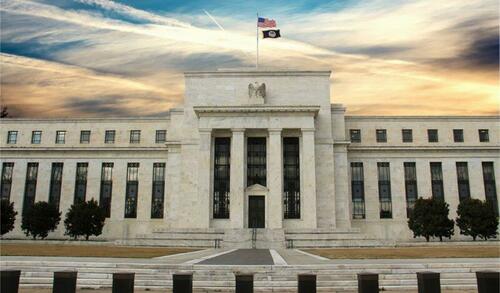 But not really. That’s because inflation is rising even faster than interest rates, meaning that real yields on the fulcrum security for the entire financial system are still dropping ever deeper into negative territory. Thus, at the end of March the inflation-adjusted (Y/Y CPI) rate dropped to -6.4% and even with the rise of nominal yields since then it still stands close to -6%.

Here’s the thing, however. For the past 40-years the Fed had been driving real yields steadily lower, although even during the money-printing palooza of 2009-2019, the real yield entered negative territory only episodically and marginally.

But after the Fed pulled out all the stops in March 2020 and commenced buying $120 billion per month of government debt, the bottom dropped out in the bond pits. Real yields plunged to territory never before visited, meaning that unless inflation suddenly and drastically plunges, the Fed is still massively behind the curve.

The fact is, there is no chance of staunching inflation if real yields remain mired deep in negative territory. Yet if the nominal yield on the UST should rise to 5-7%, and thereby marginally enter positive real yield territory, there would be carnage on Wall Street like never before.