The Illinois Political Establishment’s Shameful Response To The Departure Of Ken Griffin And Citadel – Wirepoints, by Mark Glennon

In their arrogance, Illinois leaders are disparaging a business leader who’s leaving the state and taking his business with him. From Mark Glennon at wirepoints.org:

On a wall in Ken Griffin’s office at Citadel in Chicago, I’m told by people who worked there, hangs a thank you note from a six-year old. Like many kids that age, he was enthralled by prehistoric creatures so he wrote to thank Griffin for funding Evolving Planet, a permanent wing in Chicago’s Field Museum.

The six-year old was my son, who asked if he could write it after my wife had taken him for what must have been the fifth time to the exhibit. 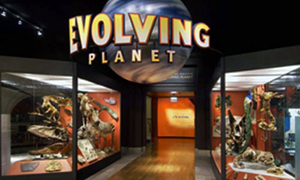 I was proud that he had the simple decency to feel a need to thank somebody.

I wish I could say the same about the Illinois political establishment’s send-off to Griffin and Citadel, who are leaving for Florida. There was no decency in any of it.

Griffin is among the most successful financial entrepreneurs in history and Citadel was a crown jewel in Illinois’ economy. But the decency of a proper send-off was nowhere to be found in Illinois’ leadership. There wasn’t even the standard, “we’re disappointed to see them go,” which they usually say about corporate departures. Just a kick out the door for a golden goose.