How much do ostensibly private companies have to be in bed with the government before they’re covered by the First Amendment? From Tyler Durden at zerohedge.com:

Newly released internal emails from Facebook and Twitter show an extensive effort to coordinate with the Biden administration to censor users, according to a Thursday release of information by GOP Attorneys General Eric Schmitt of Missouri and Jeff Landry of Louisiana. 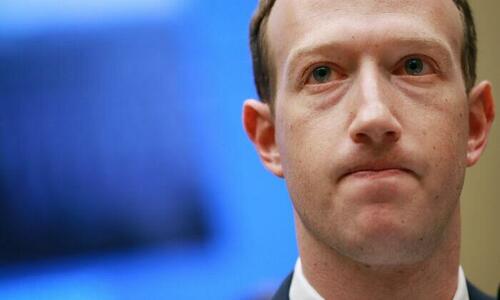 Throughout the emails, officials within the Department of Homeland Security (DHS) and Health and Human Services (HHS) emailed Facebook and Twitter employees with instructions on flagging instances of alleged misinformation, and guided them with talking points to counter allegedly false narratives on the platforms.

In one instance, a CDC official asked Facebook for monthly meetings to plan “debunking” strategies, while in another case a White House official requested the removal of an Anthony Fauci parody account.

🚨 According to newly released emails obtained by state AGs, Facebook & the Biden admin arranged weekly/monthly calls to discuss what to censor on the platform.https://t.co/m8UKZEBby9 pic.twitter.com/u2RRDwcwAU

“We have already received a number of documents that clearly prove that the federal government has an incestuous relationship with social media companies and clearly coordinate to censor freedom of speech, but we’re not done,” said Schmitt in a joint statement. ” The Department of Justice is cowering behind executive privilege and has refused to turn over communications between the highest-ranking Biden Administration officials and social media companies. That’s why, yesterday, we asked the Court to compel the Department of Justice to produce those records. We’re just getting started – stay tuned.”