A President Biden will reinstate a lot of stupid and expensive rules concerning car mileage. From Eric Peters at ericpetersautos.com: 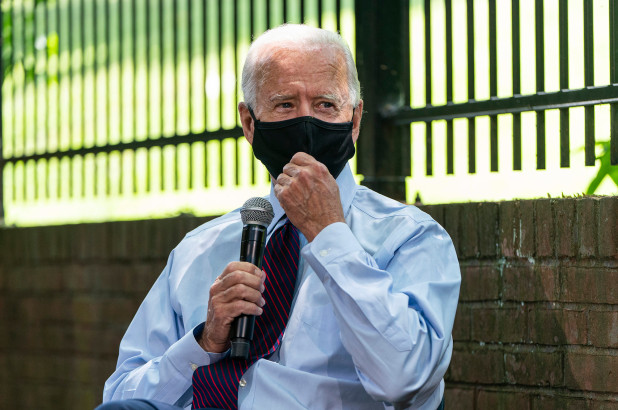 Elections have consequences, especially this one.

A decision has been made – never mind who made it – to make owning and driving a car much more expensive in the very near future.

Even if you don’t buy a new one.

One of the tenets of the Biden Harris campaign theology was fossil fuels bad – and “green” alternatives good. Whether they are, in fact, good, is one question. Whether they will dramatically increase the cost of driving is beyond question.

One way cost will increase will be indirect, via a decrease in supply – which necessarily raises the price of anything there’s high demand for. Motor fuels are in high demand. Whether you liked the Orange Man or not, the fact is he increased the supply by increasing production, a thing which the Joker-smiling creature (when he isn’t wearing his Face Diaper) promises to decrease production of. How much he fulfills that promise will determine how high the cost of motor fuels goes up.

It is also likely he will further uptick them via new taxes on the finished product, in order to discourage the buying and burning for the sake of the “greening.” Maybe you didn’t like the Orange Man. Hopefully you will like paying $4 for a gallon of gas. Possibly a great deal more. The Green New Deal envisions the end of fossil fuels – by force.

Via taxes, which aren’t voluntarily paid.

This is what was voted for – or rather, how the votes were counted for.

If MPGs Were Really the Reason, by Eric Peters

The auto fuel ethanol mandate is about rewarding crony agribusinesses, and actually reduces the miles per gallons about which everyone professes to worry. From Eric Peters and ericpetersautos.com:

Gas mileage has been a kind of fetish object for the government lo these past 40-something years. But is it really about gas mileage? Or is gas mileage just the excuse for something else – something even more sinister than a handful of people (this is what “the government” is) contravening what buyers want, as expressed by their willingness to buy?

Let’s consider a couple of things that could have easily and inexpensively increased fuel economy; or rather and perhaps better put, made it feasible to go much farther on a gallon of fuel without adding complexity and cost:

Not ten percent gasoline  . . . and 10 percent ethanol. Which reduces miles-per-gallon because 90 percent gas and ten percent ethanol contains less energy per gallon. An easy way to increase gas mileage without changing anything about the car would be to put gas – not adulterated gas – in the tank. The increase would be on average about 2-3 MPG, which is a larger increase than is achieved by engineering artifices such as replacing relatively simple fuel delivery systems like port fuel injection with high-pressure direct injection, which also adds to the price of the car – negating the smaller mileage benefit achieved.

President Trump is a voice of sanity in automobile regulation. From Eric Peters at ericpetersautos.com:

Some people are single issue voters; if a candidate is in line with them on guns, for instance, they’ll support that candidate even if on other topics they’re as far apart as a Chevette and a Corvette.

Some people are single issue voters; if a candidate is in line with them on guns, for instance, they’ll support that candidate even if on other topics they’re as far apart as a Chevette and a Corvette.

This brings us to Trump.

If you care about cars, he’s your guy. He may not be a Car Guy, per se – but he’s the only guy who isn’t an obvious enemy of Car Guys. 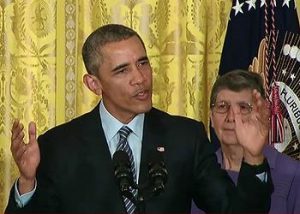 Barack Obama – after his anointed successor  lost the election – had his regulatory apparat fatwa a near-doubling of federal mandatory minimum gas mileage requirements (CAFE) out of pure spite, to punish the filthy deplorables who didn’t elect her – and who continued to express their lack of interest in high-mileage-uber-alles cars by not buying the ones which were – and still are – available.

Great gas mileage – but not much fun. Can’t do much with it – other than get good gas mileage. Many people want more than that.

So it’s not that high-mileage vehicles like the Prius aren’t being offered because the car companies want to deny Americans high-mileage cars in favor of “gas guzzlers” – the lie behind the CAFE reg.

The truth is people just aren’t buying them much. . . because they’re not much fun and can’t do very much, besides get good gas mileage. A Prius can’t tow . . . anything. It doesn’t go off-road or get to 60 in five seconds or even eight. 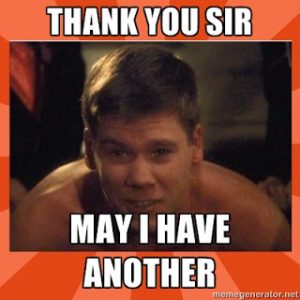 END_OF_DOCUMENT_TOKEN_TO_BE_REPLACED

Trump Should Scale Back Auto Mileage Regulations, by Gary Galles

The auto mileage regulations should be eliminated, not scaled back, but it’s a start. From Gary Galles at mises.org:

The Trump administration EPA and Department of Transportation have announced their intent to change the Corporate Average Fuel Economy standard from what was decreed by their Obama administration predecessors. They were scheduled to reach 54.5 mpg in 2025. The new target will be 37 mpg.

The rationale being given the most attention is that reducing the CAFÉ standards would reduce automobile deaths. However, that is being panned by left-leaning critics. For instance, Los Angeles Times columnist Michael Hiltzik characterized the plan as “dirtier cars are safer, so lets keep them dirty.” Two days later, former Clinton and Obama administration member David J. Hayes was featured on the oped page (8/6/18) with a criticism titled, “Gas guzzlers won’t make us safer.”

However, while these (and similar) critical articles deride the possibility that reducing fuel economy standards from the much higher levels they would have been bumped to could increase automobile deaths (Hiltzik described it as “fatuousness” and Hayes termed it “baloney”), they not only misrepresent the arguments rather than examine them, they fail to consider the actual evidence for that “fatuous baloney.”

Consider the title, “Gas guzzlers won’t make us safer.” Not only is the conclusion asserted rather than demonstrated, but what gas guzzlers (a term Hitzlik also uses) is it referring to? Cars that averaged 37 mpg would be by far the cleanest vehicle fleet in American history. And the air is far cleaner than it was, meaning that the additional benefits from each further improvement is far less than in the past, undermining the argument for sharply more stringent standards.

Further, the logic such critics dismiss out of hand is hardly new or preposterous. It goes back to a famous 1989 Harvard-Brookings study that found that CAFÉ caused a 14–27% jump in traffic deaths due to the resulting car downsizing. An update for 1996 found that 2,700–4,700 automobile deaths, of 22,000 total, were attributable to such downsizing.

The arguments made in such studies are far from preposterous, either. When the higher costs of downsizing make newer cars more expensive relative to older, less safe cars, people buy fewer new cars, and increase the risks borne by such drivers and passengers. And if far better mileage lowers the cost of driving additional miles, the law of demand implies such people will drive more, other things equal. It is a matter of how large such effects are, demanding empirical research, not just a hand-wave of dismissal.

To continue reading: Trump Should Scale Back Auto Mileage Regulations