Denied Equal Opportunity in the Marketplace, Conservative Filmmakers Start to Fight Back, by Christian Toto

Hollywood wants to ignore all voices but those of their pet liberals and leftists, but libertarians and conservatives are smart enough to figure out workarounds. From Christian Toto at realclearinvestigations.com:

A documentary film about an African American lawyer who rose from poverty and oppression in the Deep South to the highest court in the land would seem a natural for Black History Month. Yet, in February, at the very time its Prime Video service was featuring films highlighting black history makers, Amazon without explanation stopped offering digital streams of “Created Equal: Clarence Thomas in His Own Words.”

While the film was pulled despite having at one time reached No. 1 on Amazon’s documentary charts, the world’s largest online retailer continued to make available streams of less-popular documentaries, including a favorable one on Anita Hill, the former Thomas colleague who nearly derailed his Supreme Court confirmation. 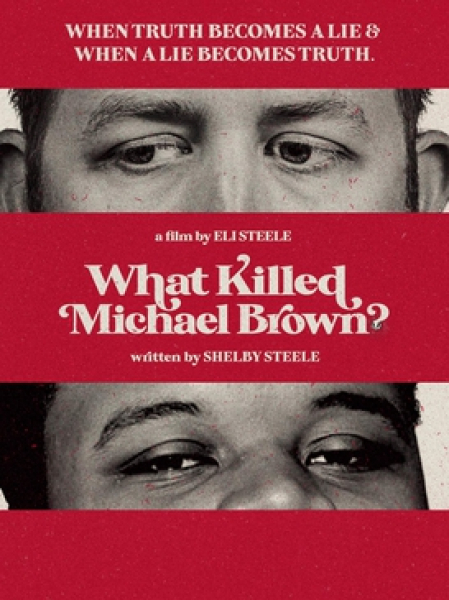 Amazon initially refused to carry this film challenging the liberal narrative about the 2014 shooting in Ferguson, Mo., which helped spark the Black Lives Matter movement.
Wikipedia

That was frustrating to Michael Pack, writer-director of “Created Equal” and a documentary filmmaker for decades. But it was no surprise to him and the small but growing cadre of other conservative documentarians, who say they face obstacles because of their politics and are starting to fight back against the long odds of “cancel culture.” Black conservative scholar Shelby Steele saw Amazon initially refuse to carry his documentary “What Killed Michael Brown?” last year because it challenged the liberal narrative about the 2014 shooting in Ferguson, Mo., that helped spark the Black Lives Matter movement. Amazon, which relented after a public outcry, did not respond to a request for comment.

There have been 783,453 homicides in this country since the black-robed masters “allowed” us to continue our constitutional heritage of meting out capital punishment for murderers. Yet despite the raucous debate surrounding its use, just 1,500 individuals have been executed in 43 years. That is because the worst, most cold-blooded murderers have many ways to overturn capital convictions even when the evidence is beyond a shadow of a doubt. In recent years, Chief Justice John Roberts has been joining the Left in opening up a new avenue to disqualify such convictions: namely, tainting the jury pools as racist. With today’s opinion, it’s clear he now has a companion in Justice Kavanaugh.

In Flowers v. Mississippi, Kavanaugh wrote a 7-2 majority opinion overturning a sixth conviction of a cold-blooded murderer who was convicted of killing four people 23 years ago. Although he was convicted with evidence beyond a shadow of a doubt, in Kavanagh’s view the jury pool was racist. Overturning state due process: This is yet another example of the growing trend of the federal courts taking over state criminal law procedures and according the worst criminals a degree of process that would confound our Founders. And it’s most often because of racial politics.

Nobody disputes the fact that the Mississippi courts convicted Curtis Flowers for the murders based on solid eyewitness and physical evidence and that the jury’s verdict itself was impartial. However, Kavanaugh and the other six justices believes that the Mississippi Supreme Court erred in ruling that one particular peremptory (discretionary) strike conducted by the prosecutor against someone in the jury pool at jury selection for the original trial was animated by “discriminatory intent” and therefore entitles Flowers to a seventh trial!