The Auctoritas of the EPA, by Eric Peters

The regulatory and administrative state, not contemplated in the Constitution, exercises vast and unaccountable power over the American people. From Eric Peters at ericpetersautos.com: 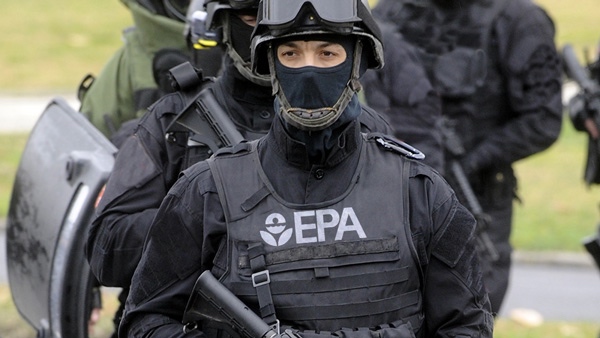 Crime doesn’t matter – but compliance does. The distinction is important because it conveys something important about the true nature of the government we endure.

Crime – actual harms caused to real people – goes largely unpunished because it does not threaten the government. Last summer’s “peaceful” protests are an obvious example  but there are many others, including the recent decriminalization, in some areas, of theft up to a certain arbitrary value of goods taken; just walk on in and help yourself. 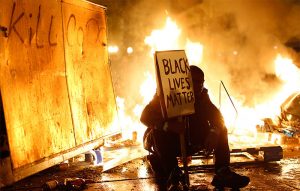 Compliance, on the other hand, is essential to maintaining the government’s auctoritas – as the Romans referred to the prestige of Authority. When that is affronted, the consequences are severe – as witness the manner in which the government responded to the far more peaceful rally in DC this past January. As witness the brutal persecution – including the jailing – of VW executives when it was discovered that software in the automaker’s diesel-powered cars had been programmed to snooker federal emissions certification testing. Not a single actually harmed person – a victim, which used to be the essential defining element of a crime – was ever produced but VW was given the full Hut! Hut! Hut! because it had the temerity to affront the auctoritas of the government’s regulatory apparat, the Environmental Protection Agency.

So it is no surprise to find  out that the EPA – a federal regulatory agency and not a law enforcement agency – has been siccing armed Hut! Hut! Hutters! on garages and repair shops that affront its auctoritas by performing power tunes on cars, installing not-allowed parts such as aftermarket exhaust systems and so on.

These may or may not result in higher-than-allowed “emissions” of whatever the EPA regulations say is permissible, but the interesting thing is that regulations were once upon a time distinct from laws, the latter requiring passage by a legislative body at least somewhat theoretically accountable to the populace, via the election of legislators. The idea there being that if a legislator proposed an obnoxious law he could be replaced come election time with another legislator, who might get rid of the obnoxious law.

Why the Regime’s Regulatory Power Is a Standing Threat to America, by Jacob G. Hornberger

Almost nobody in America know the rewards and threats that are meted out to individuals and businesses in the bowels of the regulatory state. From Jacob G. Hornberger at mises.org:

Whenever some foreign regime that is independent of the U.S. Empire goes after dissenters, U.S. officials trot out the First Amendment to show how different the United States is. Here, people are free to criticize government officials without fear of being put in jail or otherwise punished for exercising their free speech rights, they proudly point out.

However, what goes unexplained in such pious proclamations is why so many leading executives in big American companies remain silent when it comes to America’s foreign wars, foreign interventions, coups, alliances with dictators, torture, mass secret surveillance, indefinite detention, denial of due process, Gitmo, state-sponsored assassinations, and other dark-side activities of the U.S. national-security establishment.

The reason is that every one of those executives knows that federal officials are able to retaliate against them in indirect ways for criticizing their policies and operations. Such indirect methods of retaliation can consist of IRS audits, regulatory harassment, denial of applications for mergers and acquisitions, non-renewal of radio and television licenses, and even the threat of disclosure of personal secrets acquired through secret surveillance of emails and telephone records.