The Corporatocracy, by Robert Gore 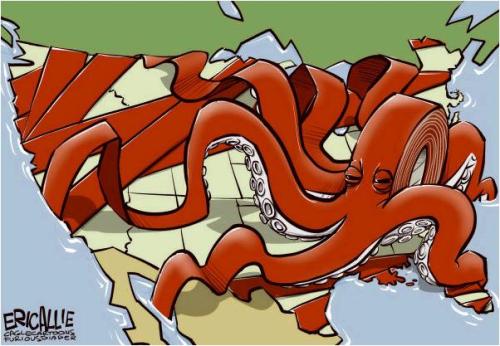 The interests of Washington and large corporations have merged so completely they are now inseparable.

America’s large corporations and its government have merged. Or was it an acquisition? If the latter, who acquired whom? Unfortunately, the labels affixed to purely corporate combinations lose their analytical usefulness here. While the two retain their own distinct legal structures and managements, so to speak, such a close community of interest has evolved that it’s no longer possible to separate them or delineate their individual contours. Political labels are no help; the ones most often used have become hopelessly imprecise. The Wikipedia definition of “fascism” is over 8,000 words, with 43 notes and 16 references.

However, the conjoined blob is so big, rapacious, and intrusive that akin to Justice Potter Stewart’s famous non-definition of obscenity, everybody knows it when they see or otherwise come into contact with it. This article will use the term “corporatocracy.” It’s less letters, dashes, and words to type than “the corporate-government-combination.” No serviceable understanding of either US history or current events is possible without close study of the corporatocracy. Unfortunately, such study, like entomology or cleaning septic tanks, requires a stout constitution. But take heart, entomologists grow to love their creepy crawly things, and septic tank cleaners say that after a few minutes you don’t even notice the smell.

A cherished delusion of naive liberals holds that big government is a counterweight, not a partner, to big business. Such a rationale is touted when the righteous demand new regulation, the public and media endorse it, the legislators pass it, and the president signs it into law. However, there are always unpaved stretches on the road to hell—once regulation is law, the righteous, public, media, legislators, and president, and their ostensibly good intentions, are on to the next cause.

In the quiet obscurity they relish, regulators and regulated get down to doing what they do best: bending the law to their joint benefit. Business, whose P&L’s can be powerfully affected by regulations, hire armies of lobbyists and lawyers in a never ending effort to tilt the playing field in their direction, and improve bottom lines, stock prices, and executive bonuses. The return on such investment is far higher than on old fashioned expenditures like research and development, plant and equipment, and job-creating expansion. 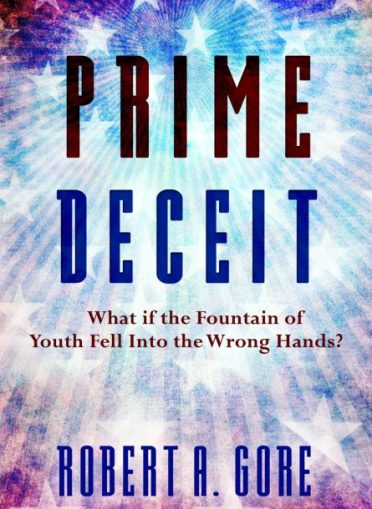 Not-so-naive liberals, professed conservatives, and apolitical opportunists work both sides of the street. The revolving door ensures that all concerned do well. Playing this game isn’t cheap, which serves as a barrier to entry to scrappy competitors who compete those old fashioned ways: innovation, hustle, and better products and services at lower prices. Regulation cartelizes industries; look, for instance, at banking and medicine. No surprise that regulatory barriers are one of Warren Buffett’s favorite “moats”: deep and hard-to-cross waterways that protect durable commercial advantages.

Washington doesn’t just fortify favored corporations’ business plans. A $4-plus-trillion-a-year enterprise, the government is the world’s largest purchaser of goods and services. Procuring those contracts employs more armies of lobbyists and lawyers, and has a powerful effect on policy. The shoddy premises supporting the welfare and warfare states, and their epic waste, are obvious to many of the taxpayers forced to underwrite them. They’ve decried them for decades, and voted for candidates promising to cut welfare, waste, war, and taxes. However, beyond voting, taxpayers can devote little time to stopping or slowing the gravy train. Their resources are infinitesimal compared to the resources its passengers expend to keep it running.

The modus operandi for Washington and big business have converged. Debt, its issuance and marketing, is the pillar of the financial nexus and revolving door between Washington and Wall Street. The government and its central bank artificially pump up the economy and hide its deterioration with debt and machinations: ultra low interest rates, quantitative easing, and debt monetization. Big businesses lever their balance sheets to pump up their stock prices or make acquisitions, machinations that do nothing to improve core businesses but often hide ongoing deterioration.

The history of any long-running government program is a catalogue of failures and expanding budgets. Washington cherishes failure, the fountainhead of larger appropriations and more power. Success would put bureaucrats out of work and give politicians less influence to peddle. Likewise in business, failure has become much more acceptable than it was during those bad old days of cutthroat capitalism. Marissa Mayer’s undistinguished five-year tenure at Yahoo, while perhaps not a complete failure, certainly can’t be termed a success. Nevertheless, she’s walking away from the company with at least $186 million for her middling endeavors. Given all that discrimination out there against women, one can only imagine what she would have made if she were a man.

Silicon Valley puts billions into companies like Uber, AirBnb, Snapchat, and Lyft that lose those billions and will continue to do so for the foreseeable—and probably the unforeseeable—future. Private equity shops load up companies with debt that gets paid out as special dividends to the private equity shops, leaving the indebted and enfeebled companies unable to compete and the rest of us wondering how such rape is legal in our rape-conscious age. This recipe for inevitable failure is now playing out in the beleaguered retail sector, which would be nowhere near as beleaguered if it wasn’t so beset with debt.

Tesla, a stock market darling and the quintessence of companies in which failure is the business plan, milks Wall Street for financing and Washington (and a bunch of state and local jurisdictions) for subsidies. It has lost billions during its ten years of existence, but its many admirers sing the praises of CEO Elon Musk, always using the term “consummate salesman”—perhaps it’s on his business card. Musk and fan club dream of “the next big thing” and engage in mutual masturbatory fantasies of transforming the world…and Mars. All this is harmless enough as fodder for dazzling audiovisual presentations and slick speeches, but downright dangerous when real billions, private and public, gets sucked in.

Meanwhile, the corporatocracy crucifies an old-line, profitable corporation, Volkswagen, that cheated on one of its hundreds of thousands of regulations. It undoubtedly wasn’t the cheating that got VW in trouble. Regulations are made to be cheated—it’s impossible to run a business without doing so—but the proper offerings must be made to the corporatocracy. If that were not the case, there would be Wall Street, Pharma, and Defense Contractor wings at federal penitentiaries. VW didn’t kowtow low enough or pay high enough to the bureaucrats and politicians, who retaliated, probably “nudged” by a VW competitor.

As a successful businessman, President Trump knows many of the corporatocracy’s skims, scams, and schemes. Perhaps that will enable him to keep his pledge and drain the swamp. However, it’s extensive, fetid, and teems with loathsome creatures, so a bet he’ll succeed involves exceedingly long odds. You’re probably better off buying Tesla stock.

A BLESSED TIME WHEN THERE WAS NO SWAMP 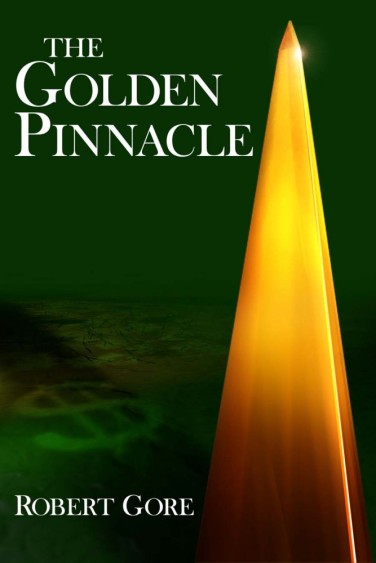 25 responses to “The Corporatocracy, by Robert Gore”

Leave a Reply to Lisa the Infidel Cancel reply